How to Pronounce apace?

What are the misspellings for apace?

Apace is the term used to describe the speed at which something is moving or happening. It can refer to anything, from the progress of a project or task to the rate at which species evolve or technology advances. The word is often used colloquially to refer to the fast pace of modern life, which is typified by the ever-growing speed of technology and the ways in which this affects our everyday lives.

This concept of apace can also be seen in the often dramatic increase in the speed at which news travels, both through traditional and new media outlets.

What are similar-sounding words for apace?

Usage over time for apace:

This graph shows how "apace" have occurred between 1800 and 2008 in a corpus of English books.

14 words made out of letters APACE 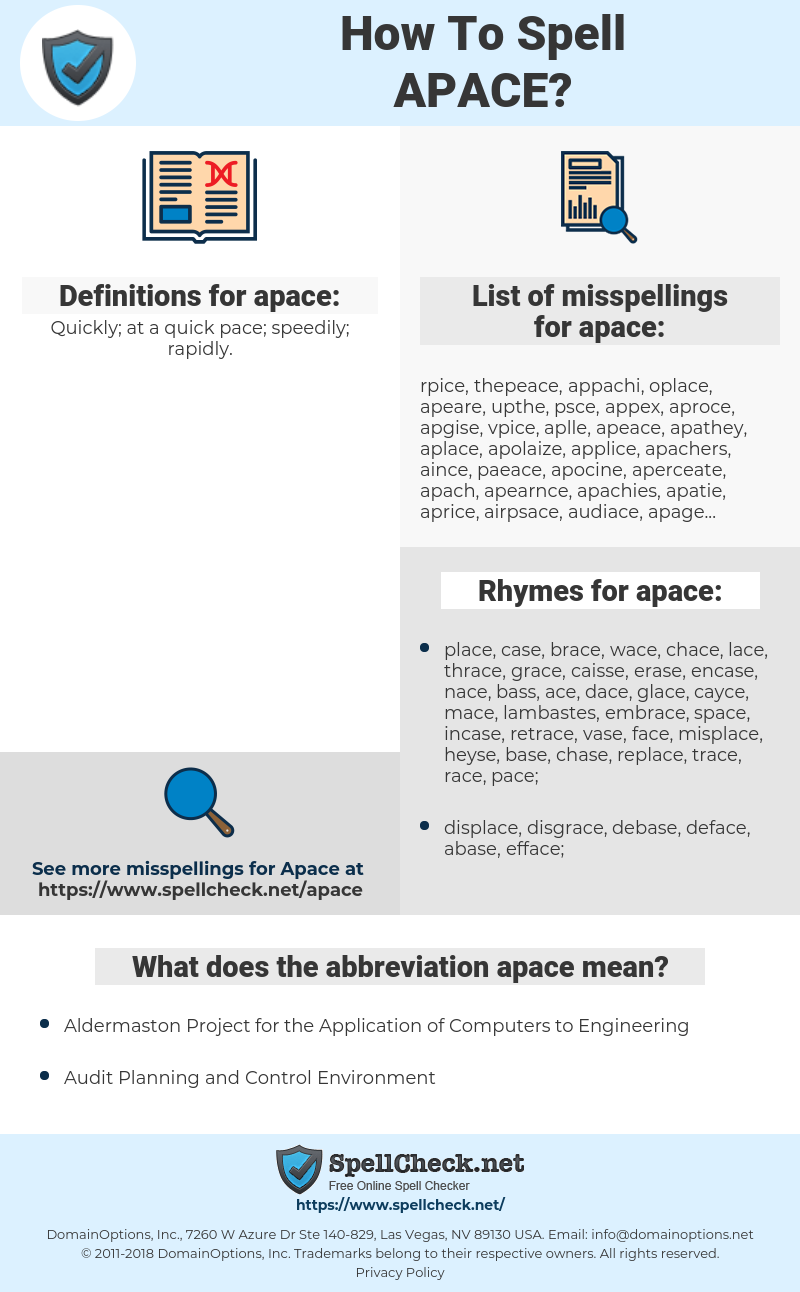