How to Pronounce Aye?

What are the misspellings for Aye?

Aye is a word that is used as an exclamation of approval, or to show agreement. It is often used to express approval or agreement, especially in a formal setting. It is derived from the Old English word for "yes" which is "gea". Aye is used in many cultures and contexts around the world, particularly in certain parts of Scotland. It is typically used in response to direct questions such as "Do you agree?" or "Do you like it?". It can also be used as a way of expressing agreement with a statement.

Usage over time for Aye:

This graph shows how "Aye" have occurred between 1800 and 2008 in a corpus of English books.

5 words made out of letters AYE 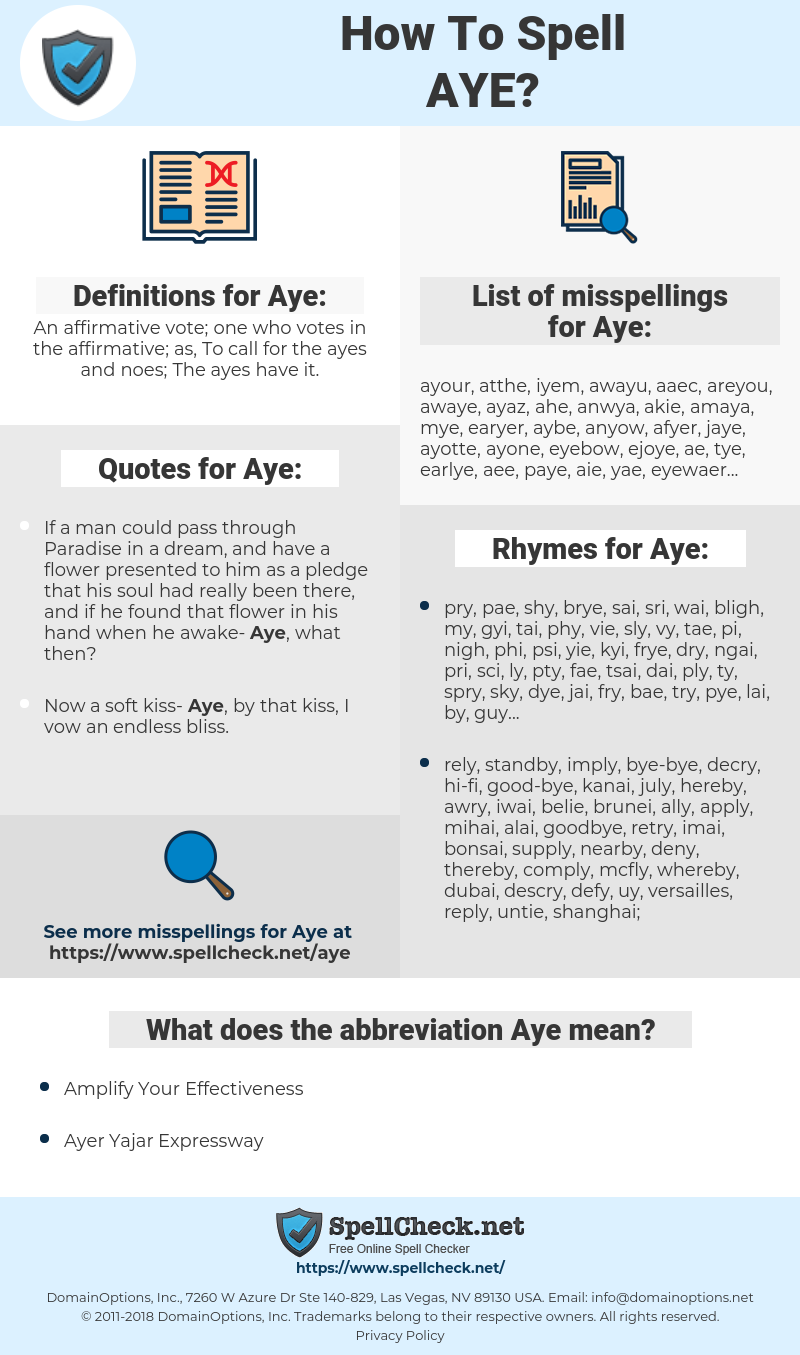