How to Pronounce ben?

What are the misspellings for ben?

Ben is a popular given name for males, derived from the Hebrew name "Benjamin" meaning "son of the right hand". It is particularly common in English-speaking countries such as the United States and Canada. It is also popular in some other countries, especially in Europe and in many Latin American countries.

Ben has been a steadily popular name in the United States over the past several decades and was the 9th most popular male name in 2018. It is a great choice for parents looking for a unisex name, as it can be given to a girl as well.

What are similar-sounding words for ben?

Usage over time for ben:

This graph shows how "ben" have occurred between 1800 and 2008 in a corpus of English books.

8 words made out of letters BEN 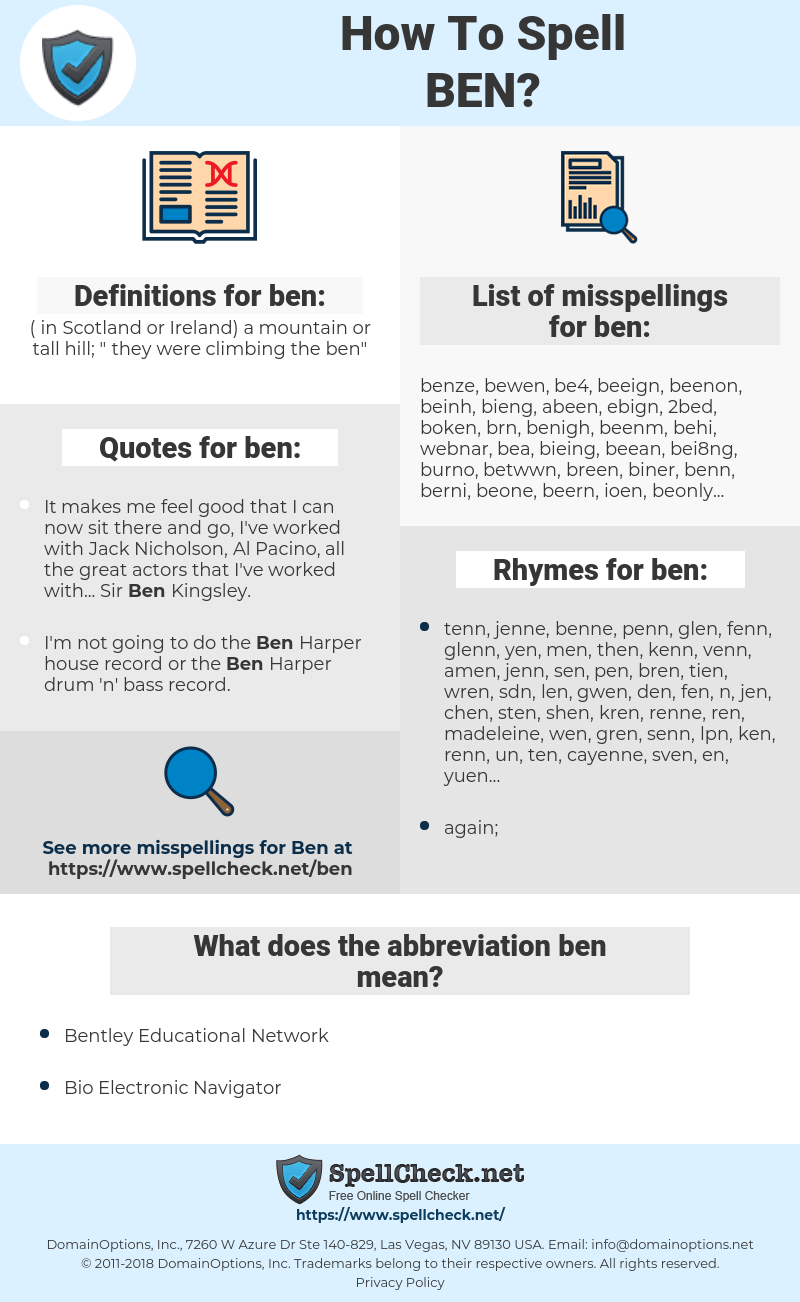