How to Pronounce bse?

What are the misspellings for bse?

Bse (Bovine Spongiform Encephalopathy) is a type of neurological disorder in cattle that is caused by a misfolded protein called "prion." This type of protein is believed to cause the disease by affecting the cells in the brain and central nervous system of the animal, leading to neurological impairment and eventually death. BSE is also known as Mad Cow Disease, due to its similarity to scrapie; another neurological disorder that affects sheep and goats. The disease first appeared in the UK in 1986, but it has since spread to other parts of Europe, North America and the Middle East.

What are similar-sounding words for bse?

Usage over time for bse:

This graph shows how "bse" have occurred between 1800 and 2008 in a corpus of English books.

9 words made out of letters BSE 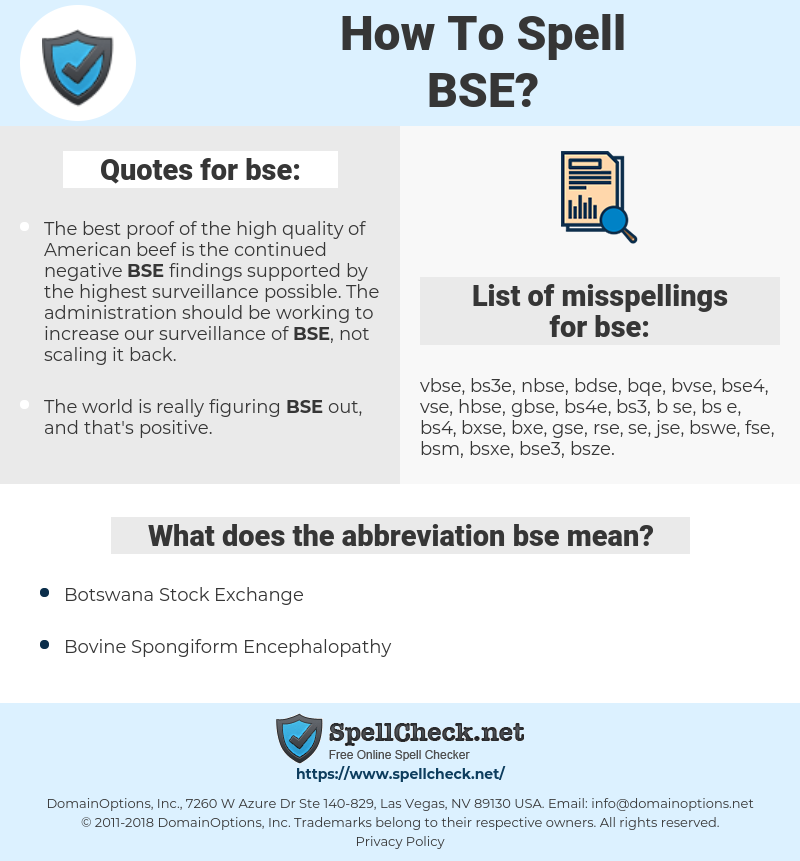