How to Pronounce CUBS?

What are the misspellings for CUBS?

The Chicago CUBS have been a major league baseball team based in Chicago, Illinois since 1877, making them the oldest team in the National League and one of the oldest professional sports franchises in the United States. The Cubs are a staple in the city of Chicago, known for their passionate fanbase, and for bringing in huge crowds for their home games at the iconic Wrigley Field.

Despite their long tenure in the MLB, the Cubs have not enjoyed a great amount of success and only have two World Series championships to their name, as well as ten National League pennants and sixteen division titles.

What are similar-sounding words for CUBS?

Usage over time for CUBS:

This graph shows how "CUBS" have occurred between 1800 and 2008 in a corpus of English books.

14 words made out of letters CUBS 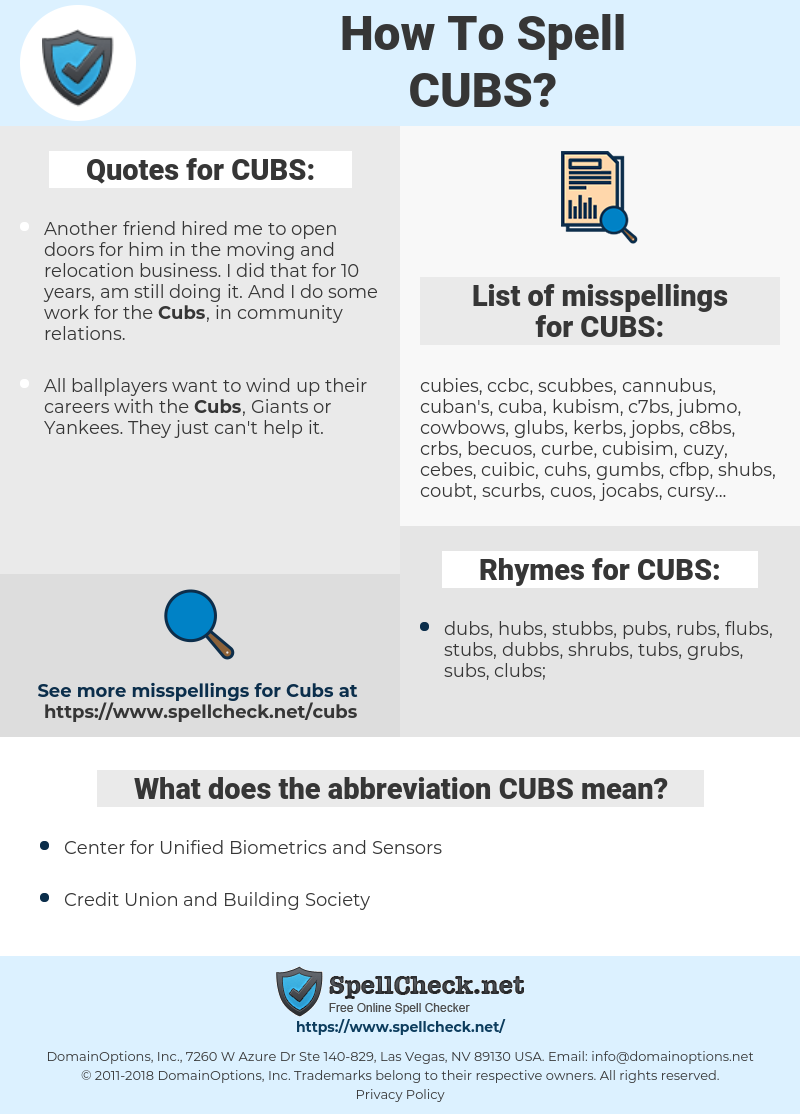