How to Pronounce dante?

What are the misspellings for dante?

Dante Alighieri, commonly known as Dante, was an Italian poet born in Florence in 1265. He is most recognized for writing "The Divine Comedy", a three volume epic poem that narrates his journey through hell, purgatory, and heaven. He is also known as the father of the Italian language and gave new life to literature throughout Italy. Dante's works had a major influence on Renaissance literature, particularly in the Middle Ages.

Dante was considered an intellectual revolutionary of his time. He challenged the traditional theories of Christianity and explored modern ideas about the world and its religious implications.

What are similar-sounding words for dante?

Usage over time for dante:

This graph shows how "dante" have occurred between 1800 and 2008 in a corpus of English books.

39 words made out of letters DANTE 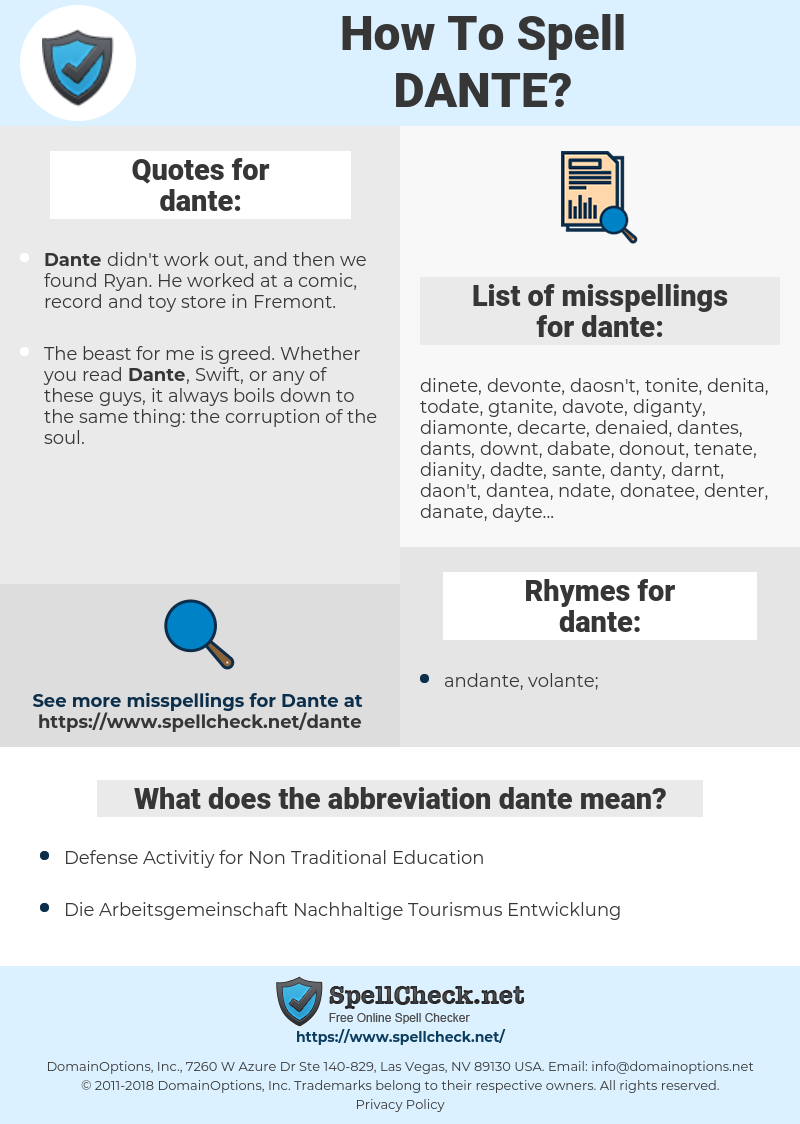