How to Pronounce DEA?

What are the misspellings for DEA?

The Drug Enforcement Administration (DEA) is a law enforcement agency of the United States Department of Justice, tasked with fighting illegal drug trades and operations worldwide. The DEA was created in 1973 through an executive order from President Richard Nixon as part of the War on Drugs movement in the United States. The DEA is responsible for regulating and controlling the production, distribution, and possession of controlled substances in the United States, monitoring drugs for legislation and implementing laws for combating illegal trafficking of controlled substances. The DEA works closely with various branches of government, federal agencies, and foreign governments in order to coordinate the global effort against drug trafficking.

What are similar-sounding words for DEA?

Usage over time for DEA:

This graph shows how "DEA" have occurred between 1800 and 2008 in a corpus of English books.

7 words made out of letters DEA 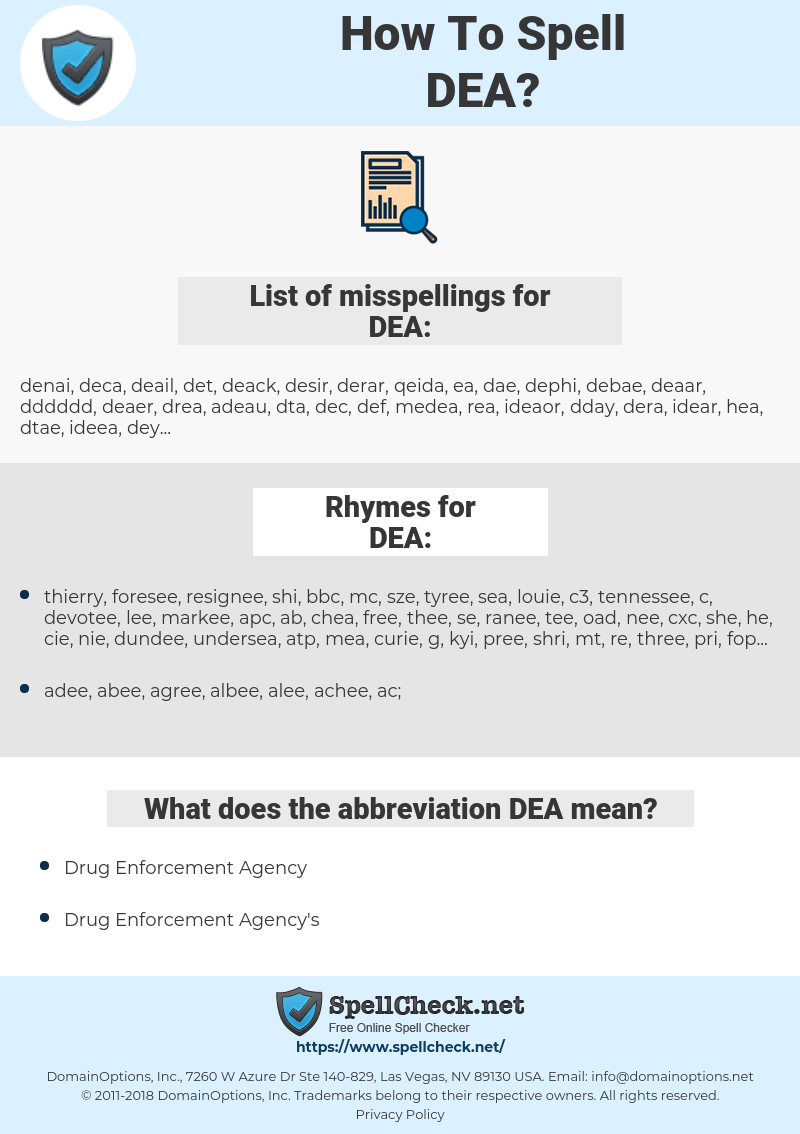