How to Pronounce eider?

What are the misspellings for eider?

Eider is a species of duck, which lives in cold and temperate regions of the Northern hemisphere. It is omnivorous, meaning it feeds on both plant and animal matter. The eider's diet consists mostly of mollusks, crustaceans, and marine invertebrates, which it obtains while diving in shallow waters. Unlike other sea ducks, the eider is slow in its flight and spends much of its time on the water's surface.

Eider ducks have unique feathers that are utilized by humans for clothing and quilt stuffing.

Usage over time for eider:

This graph shows how "eider" have occurred between 1800 and 2008 in a corpus of English books.

21 words made out of letters EIDER 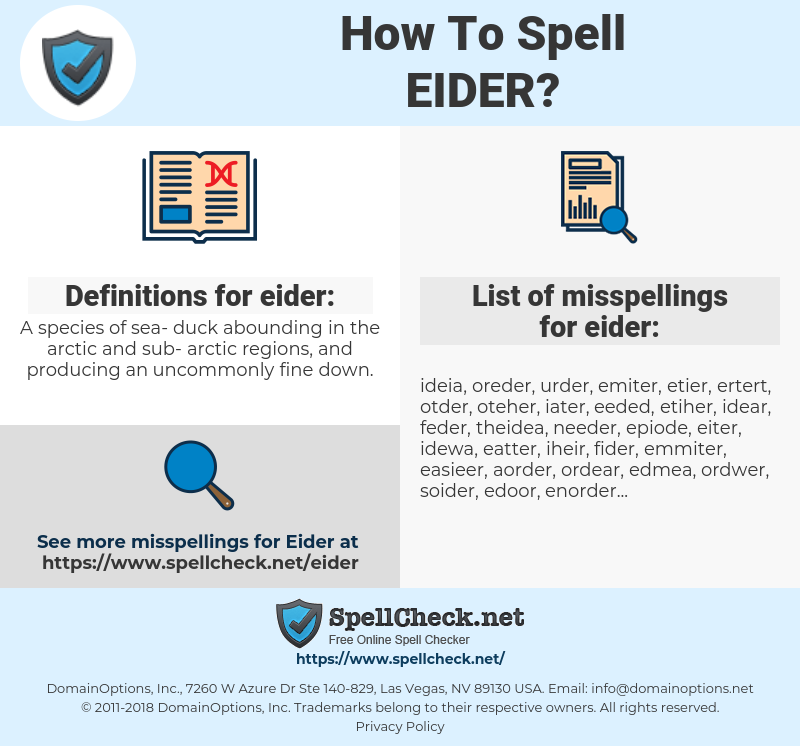