How to Pronounce heresy?

What are the misspellings for heresy?

Heresy is the principle of rejecting fundamental religious teachings and beliefs. It is a form of nonconformism and disobedience to established doctrines, usually within a religious setting. Over time, heretical ideas may become more entrenched, becoming accepted as orthodoxy, while some ostensible heresy may become passe. Heresy is particularly common in the Abrahamic religions of Christianity, Judaism, and Islam, but it also occurs in some other religions.

In Christianity, heresies range from beliefs that undermine the central Christian doctrines of the Trinity, the Incarnation of Jesus, and Salvation by divine grace.

Usage over time for heresy:

This graph shows how "heresy" have occurred between 1800 and 2008 in a corpus of English books.

56 words made out of letters HERESY 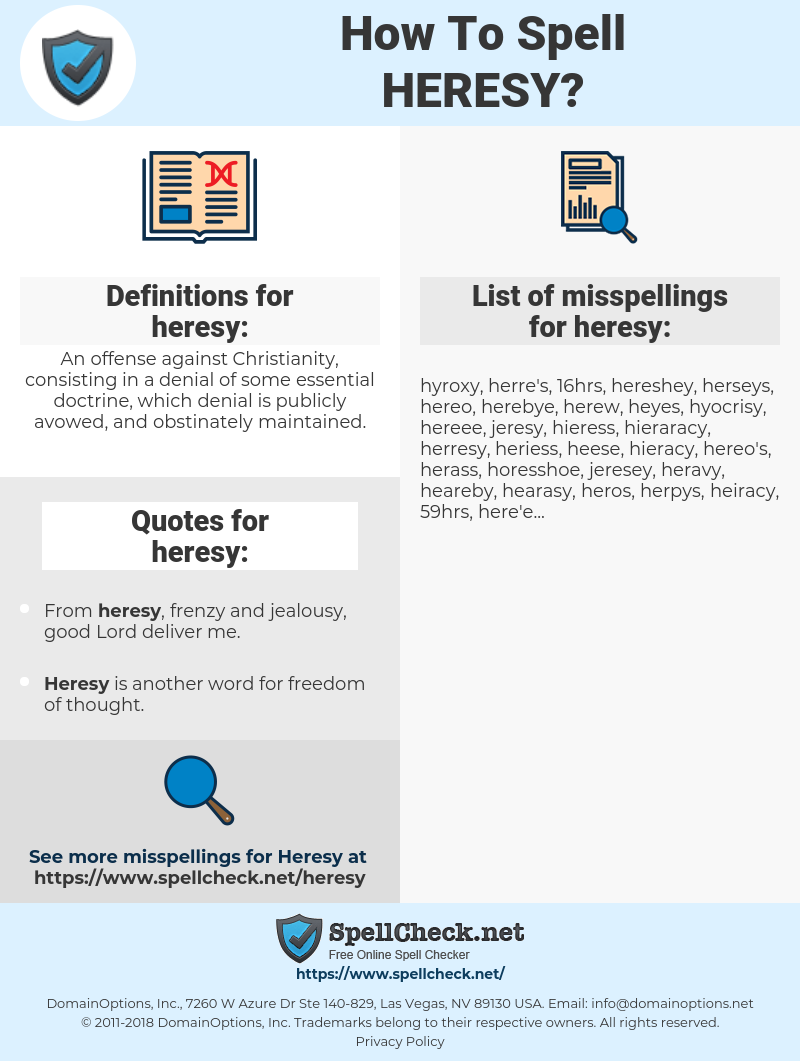