How to Pronounce hooey?

What are the misspellings for hooey?

Hooey is a term that is often used when someone or something is described as talking nonsense. It is derived from a sound one makes in disgust when something ridiculous has been said or done. It's often used as a derogatory term to describe something or someone as having no value or being vacuous. Hooey comes in many different forms and is usually accompanied by body language that reflects the speaker's disbelief or disappointment.

For example, one might say, "That's just hooey!" when they disagree and are unwilling to accept what someone else has stated.

Usage over time for hooey:

This graph shows how "hooey" have occurred between 1800 and 2008 in a corpus of English books.

12 words made out of letters HOOEY 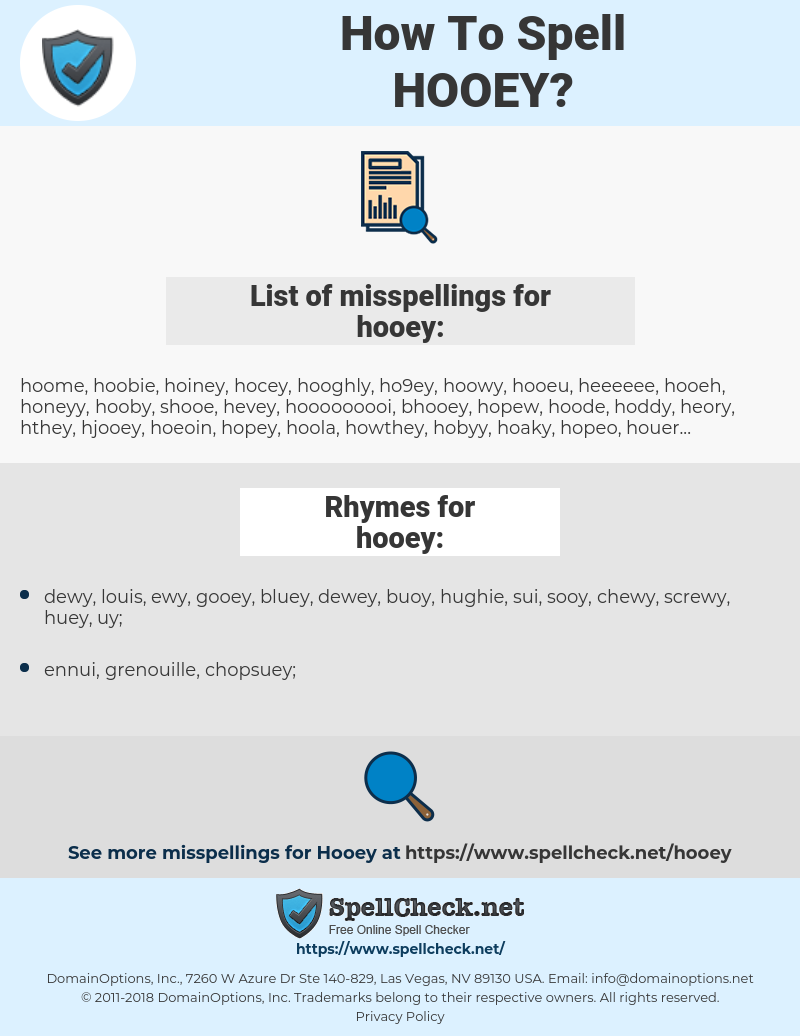