How to Pronounce hosea?

What are the misspellings for hosea?

Hosea is one of the books in the Bible. It is included in the Hebrew Bible, and is also known as the Book of Hoshea. The book tells the story of the prophet Hosea and his relationship with his unfaithful wife Gomer. Hosea was a prophet who was called upon by God to preach a message of repentance and restoration to the people of Israel during the 8th century BCE. Hosea was given a difficult task of bringing the people of Israel back to God. He provided powerful messages of prophecy and hope for the people.

Usage over time for hosea:

This graph shows how "hosea" have occurred between 1800 and 2008 in a corpus of English books.

22 words made out of letters HOSEA 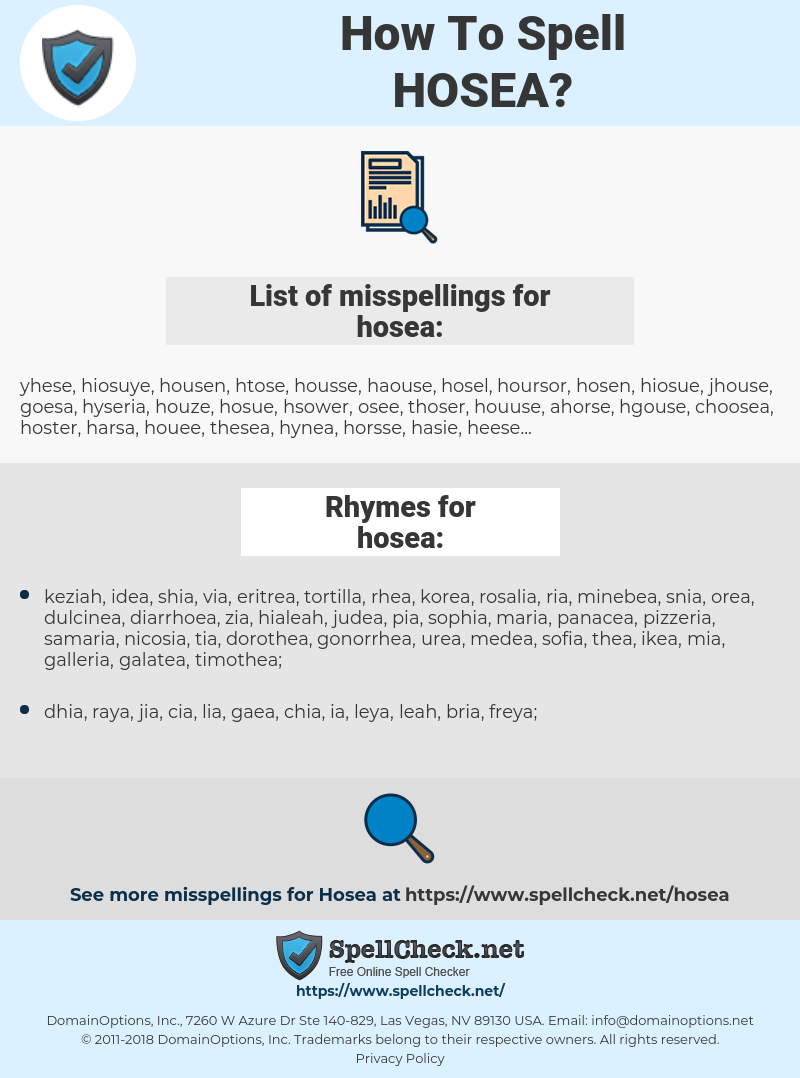