How to Pronounce is?

What are the misspellings for is?

Is is a powerful word that has multiple uses. It is a verb, used to describe existence or the occurrence of an action or a state of being. It is also a conjunction, used to connect two ideas together. It is an auxiliary verb, used to form different tenses. Is can also be used in other forms, such as a participle, or a gerund form. Is can also be used in an adverbial or an adjectival form, as well as in interrogative form. In short, is is a versatile word that is used often in many forms and contexts.

Usage over time for is:

This graph shows how "is" have occurred between 1800 and 2008 in a corpus of English books.

2 words made out of letters IS 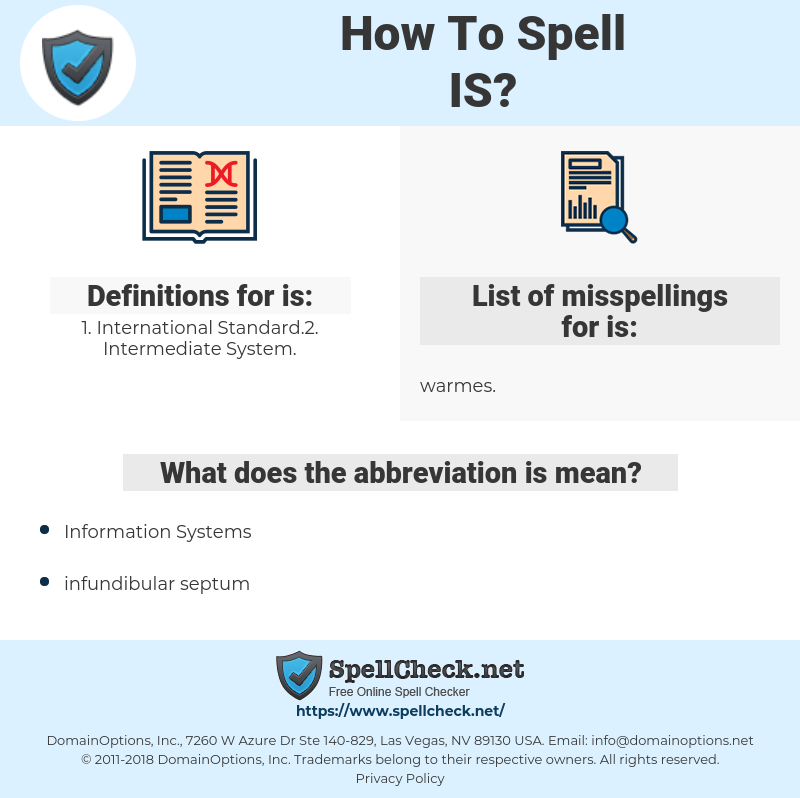