How to Pronounce lied?

What are the misspellings for lied?

The term lied is used to refer to a type of German art song, popularized in the 19th century. This distinct musical genre is considered a type of song cycle, combining lyricism and classical music, often featuring the piano. Romantic poet Franz Schubert is credited with being one of the inventors of the lied, although it is possible older forms may have existed prior.

Lieder often make use of dramatic stories or themes, such as love and other romantic topics. The focus is often on building a narrative around the music, revealing sides of the story which progress through the song cycle.

What are similar-sounding words for lied?

Usage over time for lied:

This graph shows how "lied" have occurred between 1800 and 2008 in a corpus of English books.

19 words made out of letters LIED 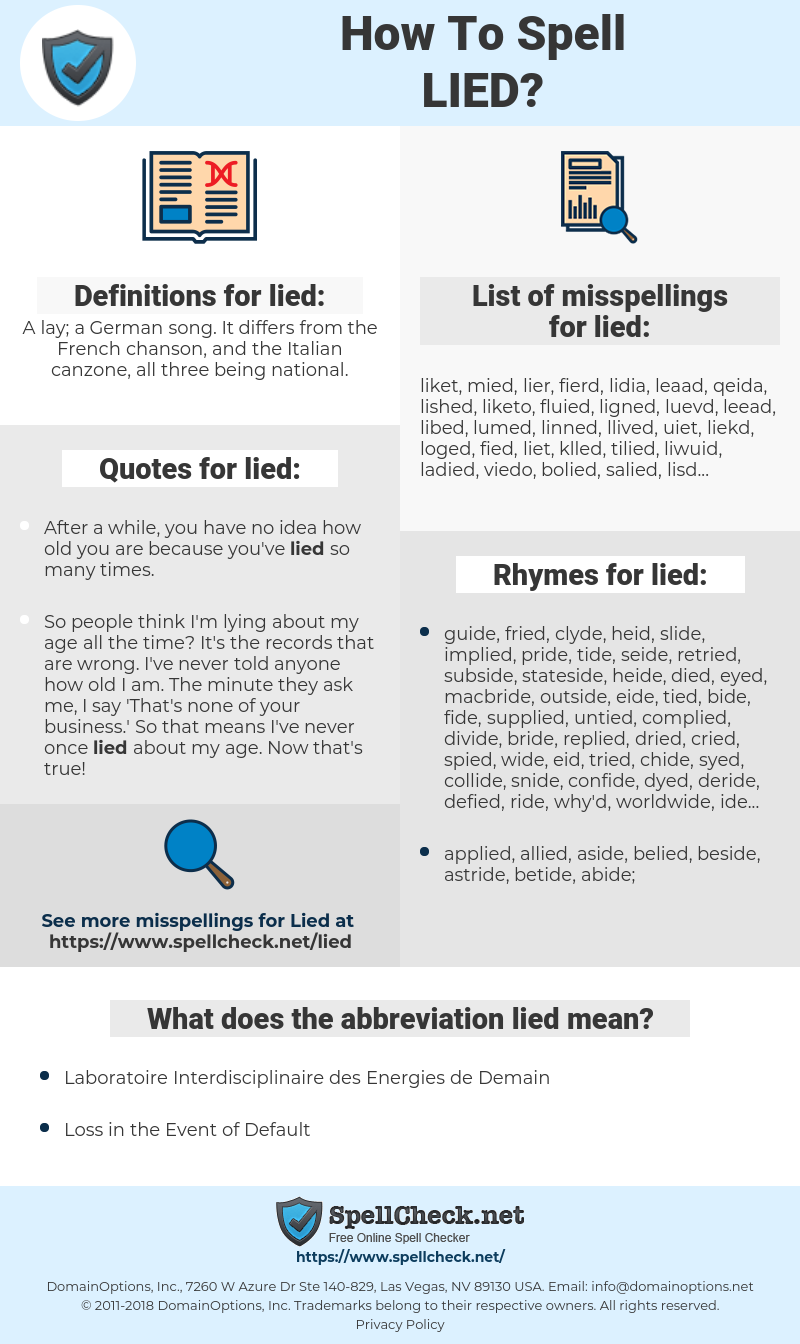