How to Pronounce moke?

What are the misspellings for moke?

The moke was an iconic British car, produced in the 1960s. It was a miniature four-wheeled off-roader, made famous by its promotional appearance in the 1960s television show The Prisoner. The Moke had a small, boxy design, lightweight, and low cost and was popular for use in warm climates, with its lack of moving parts and rugged off-road capabilities. Its popularity reached greater heights in the Caribbean islands and other tropical climates where it became a practical and fun vehicle for everyday use.

What are similar-sounding words for moke?

Usage over time for moke:

This graph shows how "moke" have occurred between 1800 and 2008 in a corpus of English books.

12 words made out of letters MOKE 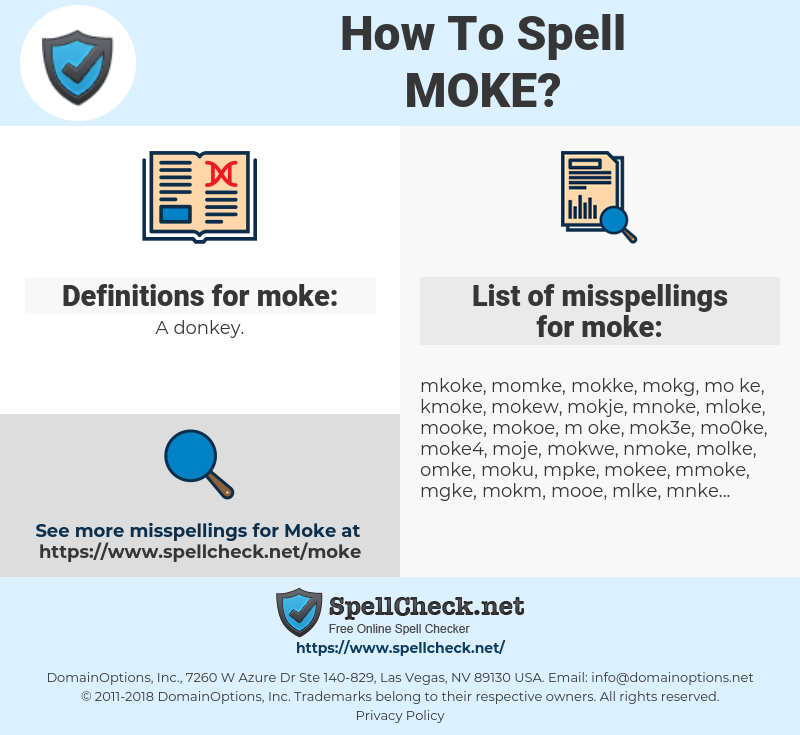