How to Pronounce moscow?

What are the misspellings for moscow?

Moscow is the capital city of Russia and one of the oldest cities in the world. It is located on the Moskva River in the west of the country and is one of the most populous cities in Europe, with a population of 12 million people. The city is home to some of Russia's most iconic landmarks, such as the Red Square, the Kremlin, and the recently reconstructed Cathedral of Christ the Saviour. Moscow has a long and interesting history, having been first founded as a trading city in the 12th century by Prince Yuri Dolgoruky.

Usage over time for moscow:

This graph shows how "moscow" have occurred between 1800 and 2008 in a corpus of English books.

24 words made out of letters MOSCOW 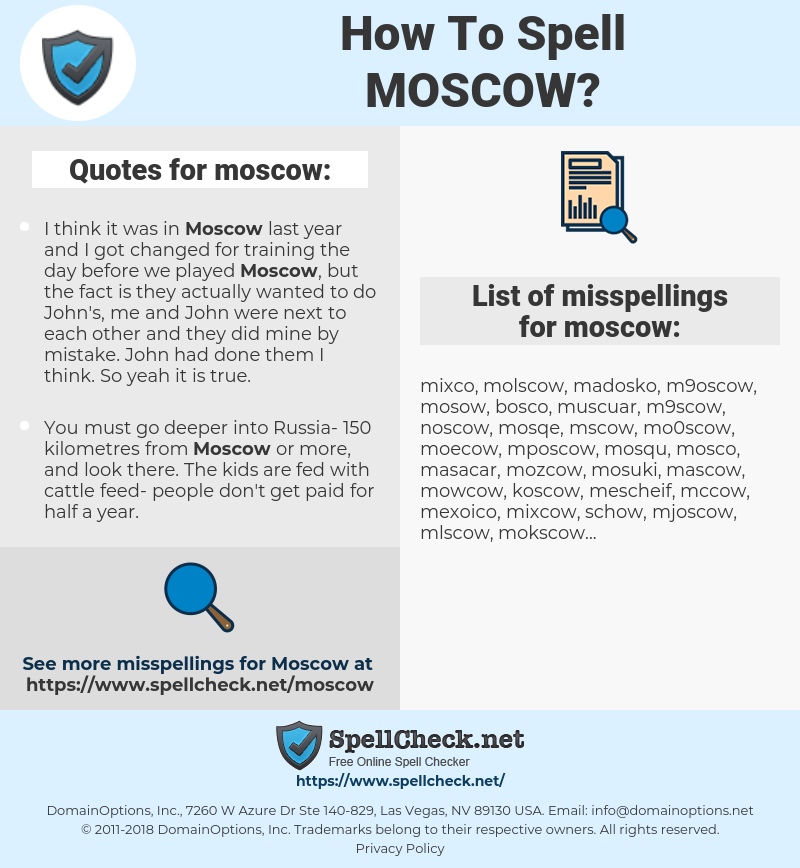