How to Pronounce ogle?

What are the misspellings for ogle?

Ogle is a verb that has several different meanings. Generally, it is used to refer to the act of gazing at something or someone with admiration or admiration mingled with desire. It can also be used to describe the action of examining something with curiosity or fascination. It is thought to originate from Old English and its meaning may have evolved over time. For example, in the sixteenth century, it was also used to describe a kind of taunt or mockery.

Ogle can be seen in various forms of media, from music to TV and movies.

Usage over time for ogle:

This graph shows how "ogle" have occurred between 1800 and 2008 in a corpus of English books.

15 words made out of letters OGLE 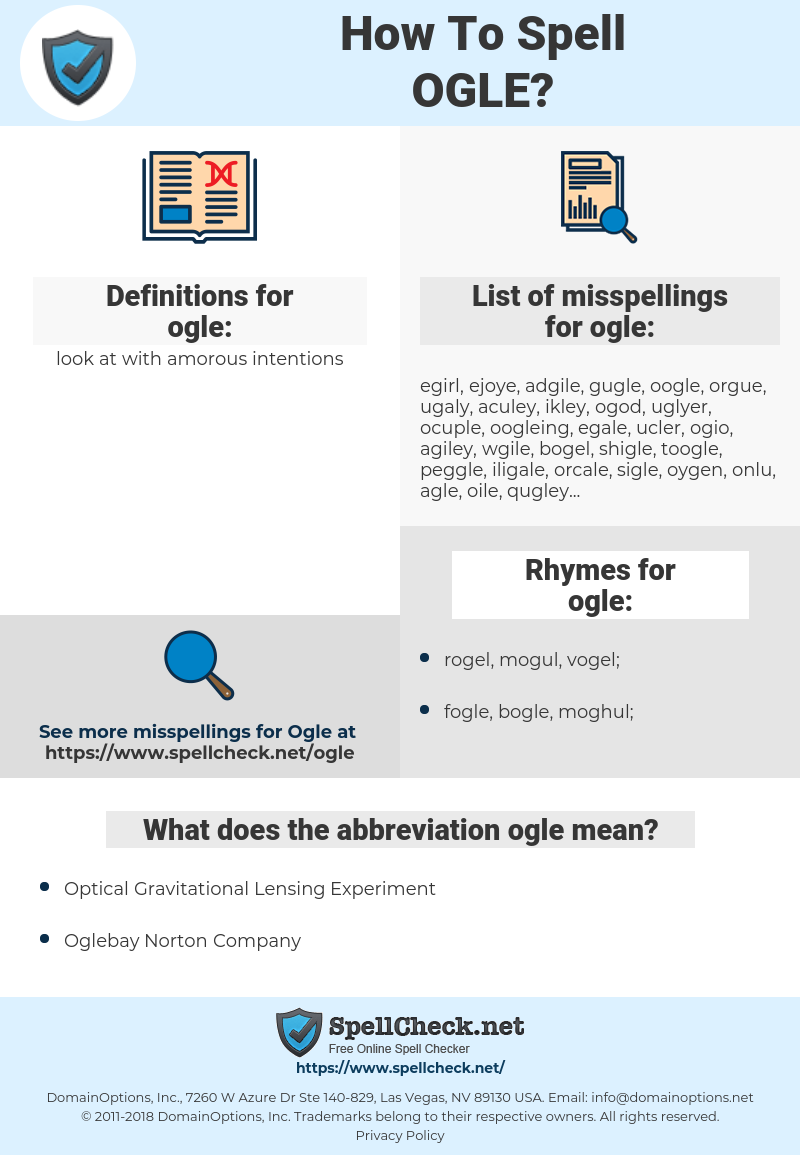