How to Pronounce old-fashioned?

What are the misspellings for old-fashioned?

Old-fashioned is a term used to describe something that was once popular but is now considered obsolete or out of date. The phrase has a lot of negative connotations associated with it, such as traditional and outdated. However, some may view old-fashioned as charming and nostalgic due to its nostalgic or sentimental qualities. The term can also be used to describe people who prefer a more traditional approach to life and culture.

In terms of fashion, old-fashioned usually applies to styles from an earlier time period. This could include things such as voluminous skirts, high-waisted pants, long sleeve shirts, bonnets and neckties.

Usage over time for old-fashioned:

This graph shows how "old-fashioned" have occurred between 1800 and 2008 in a corpus of English books.

1563 words made out of letters OLD-FASHIONED 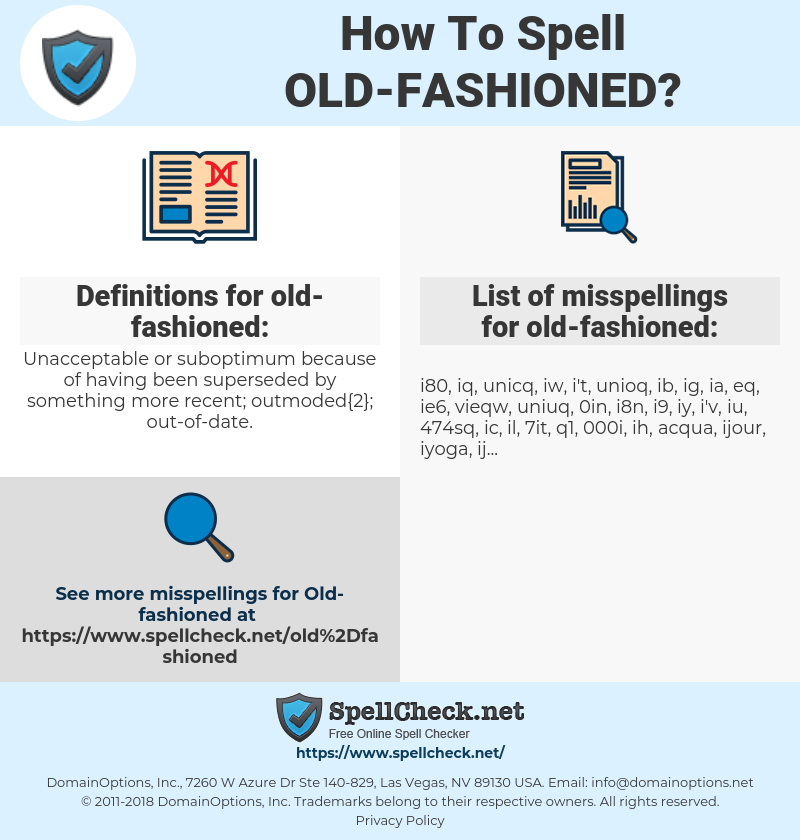