How to Pronounce opine?

What are the misspellings for opine?

Opine is a verb meaning to express an opinion or view. It is commonly used to describe those who express their thoughts and feelings in a clear and outspoken manner. Depending on the context, opine can be both positive and negative. For example, someone who opines in a positive way can be seen as having a strong, informed opinion that they can confidently share with others. On the other hand, someone who opines in a negative manner could be seen as ranting and complaining without giving any sound justification for their opinion.

What are similar-sounding words for opine?

Usage over time for opine:

This graph shows how "opine" have occurred between 1800 and 2008 in a corpus of English books.

25 words made out of letters OPINE 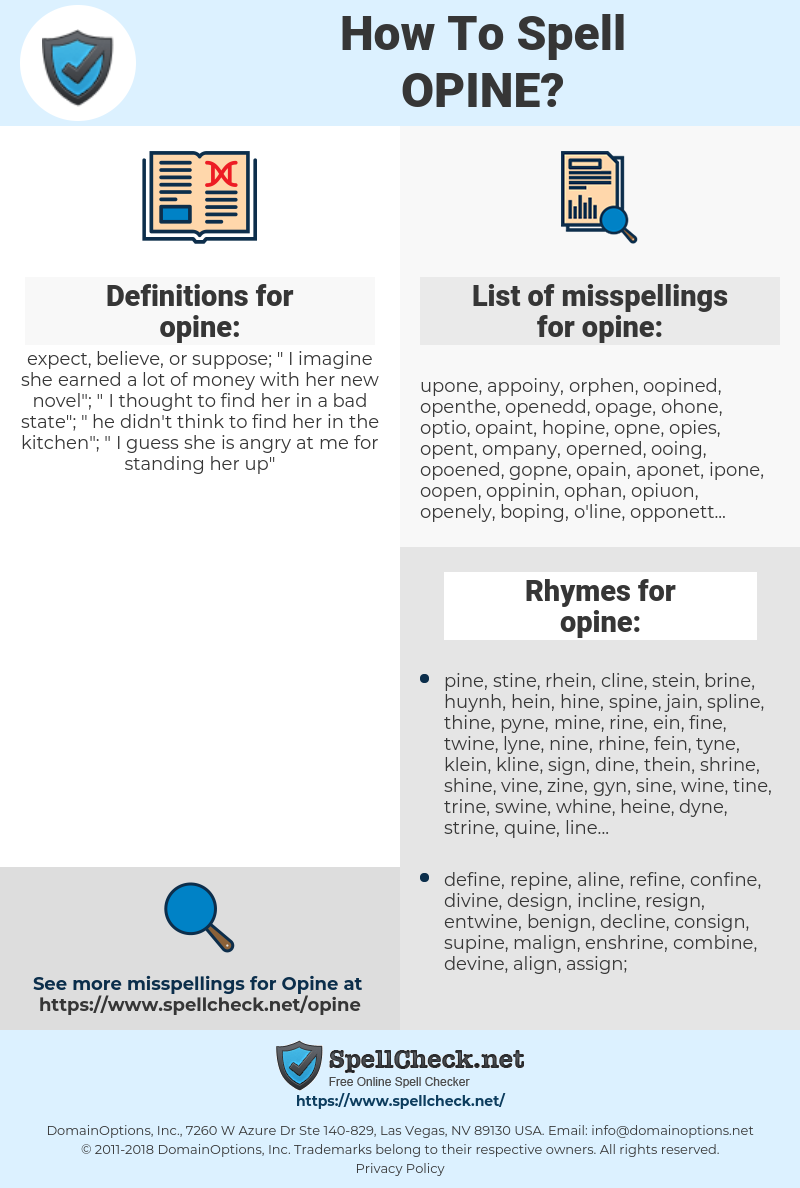