How to Pronounce pop?

What are the misspellings for pop?

Pop music is a genre of popular music that originated in its modern form in the United States and United Kingdom during the mid-1950s. The genre has its roots in 1940s and 1950s rock and roll and rockabilly, which evolved from blues, country music and other genres. Today, pop music is the genre of songs and artists that top the Billboard Hot 100. The term "pop" was first used in the 1960s, referring to popular music as contrasted with classical or art music. Pop has since come to encompass all contemporary music forms, such as hip hop, dance music and EDM.

What are similar-sounding words for pop?

Usage over time for pop:

This graph shows how "pop" have occurred between 1800 and 2008 in a corpus of English books.

3 words made out of letters POP 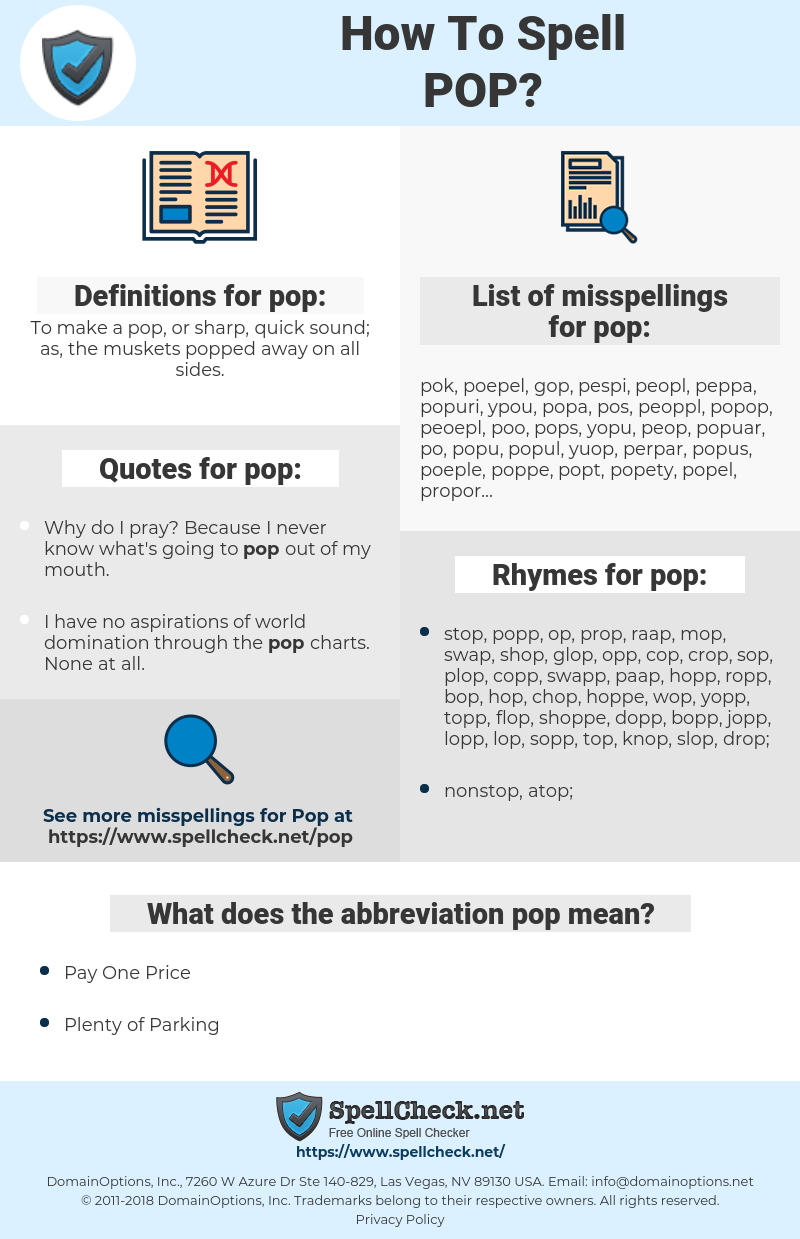