How to Pronounce queers?

What are the misspellings for queers?

Much of the time, individuals who identify as queer have experienced discrimination, stigma and systemic oppression - from healthcare disparities to increased risks of homelessness or physical danger to inadequate representation in the media.

Usage over time for queers:

This graph shows how "queers" have occurred between 1800 and 2008 in a corpus of English books.

10 words made out of letters QUEERS 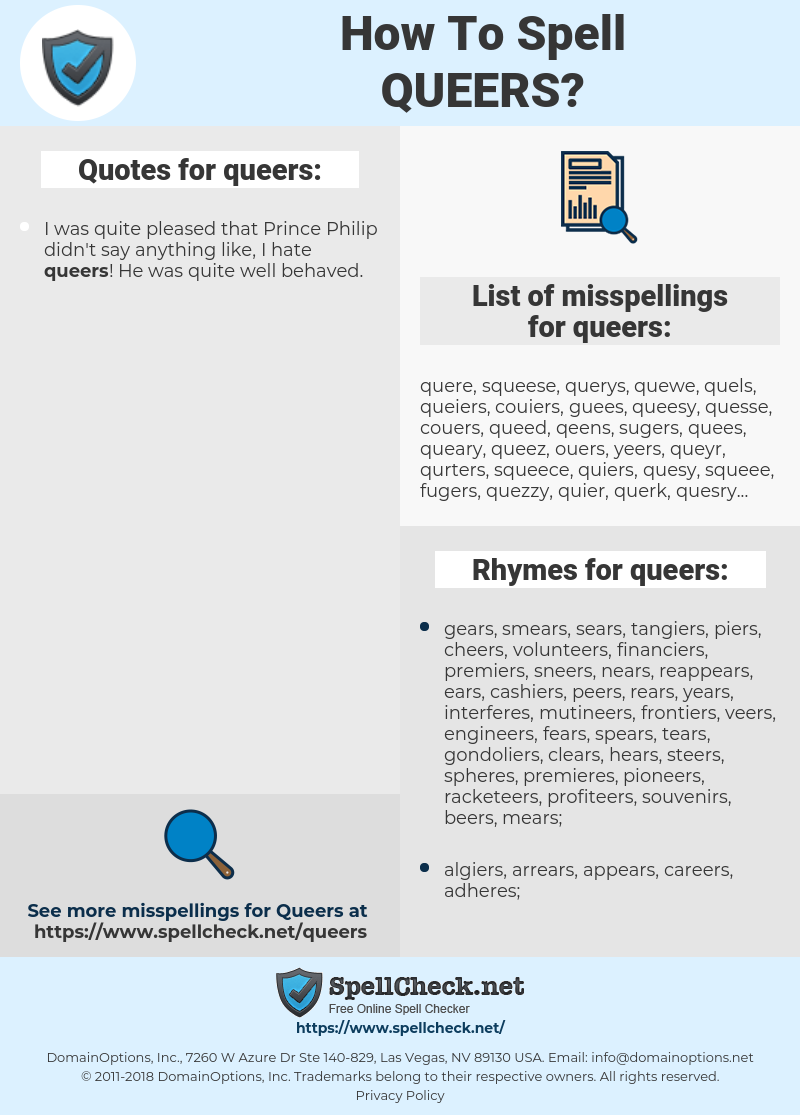