How to Pronounce Reddy?

Reddy is a surname found most commonly in India and is associated with the Kshatriya caste in the region. It is derived from the Sanskrit word radha, which means protector or ruler. Reddy was used as a title for people who were in charge of a region or kingdom and often acted as bodyguards for kings and other royal families. Today Reddy is still a prominent surname in India, especially in the southern part of the country. Reddy is believed to be one of the most influential communities in India and has been for centuries.

Usage over time for Reddy:

This graph shows how "Reddy" have occurred between 1800 and 2008 in a corpus of English books.

12 words made out of letters REDDY 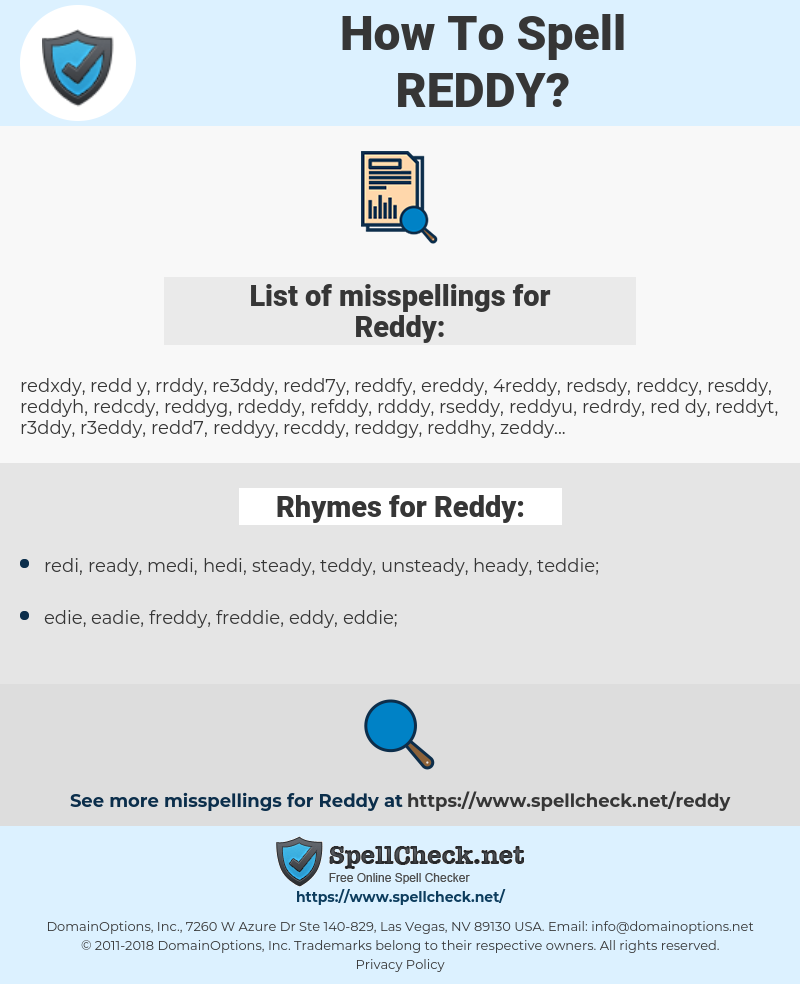