How to Pronounce scowl?

What are the misspellings for scowl?

A scowl is a facial expression characterized by a wrinkled forehead, furrowed brows, and a downward turn of the mouth corners. It is often used as a way of expressing anger, disappointment, or displeasure. Scowling is a universal human behavior that has been noted in human cultures from many different parts of the world. While it is often seen as a negative facial expression, some scientists suggest that scowling signals dominance and aggression, and can even be used to start conversations.

Aside from expressing anger, scowling can also be used to indicate fear or mistrust.

Usage over time for scowl:

This graph shows how "scowl" have occurred between 1800 and 2008 in a corpus of English books.

20 words made out of letters SCOWL 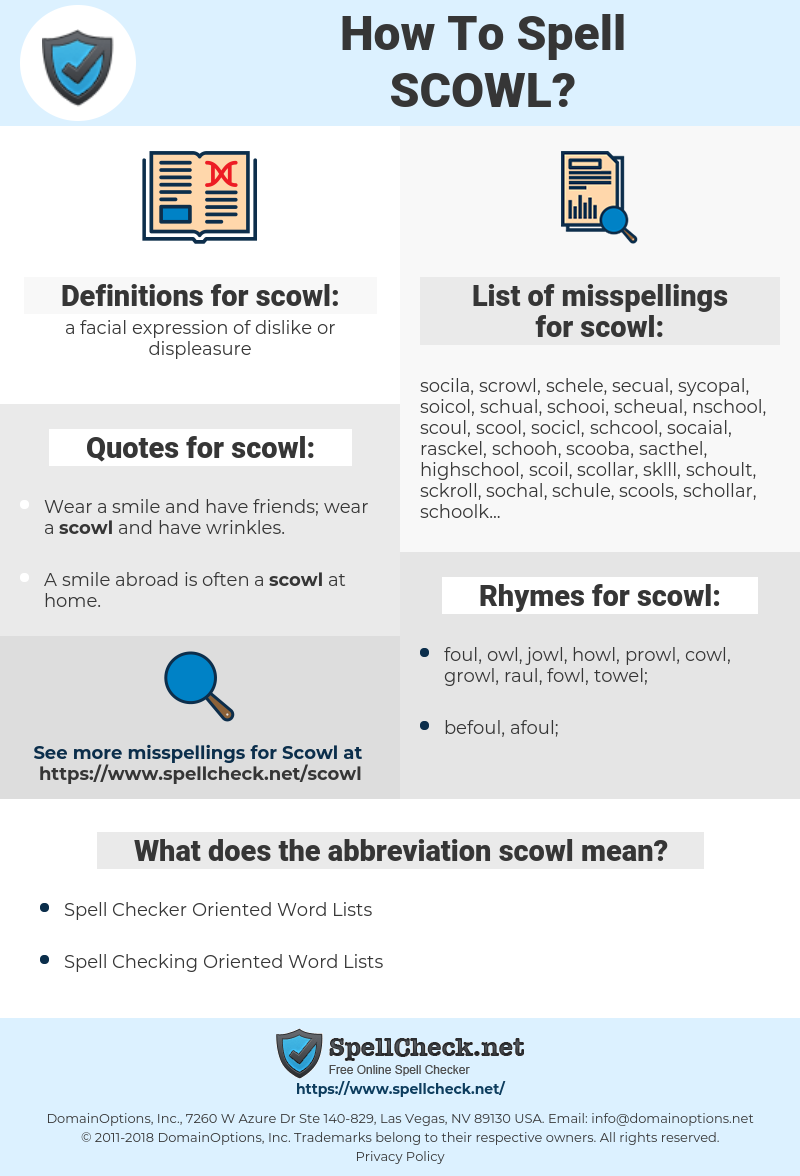