How to Pronounce scree?

What are the misspellings for scree?

Scree is a type of landform made up of broken rocks, often found at the base of mountains and other large slopes. It is typically composed of a mixture of various types of rock such as gravel, pebbles, cobbles or boulders, which have been broken down over time due to erosion or weathering. Scree can also be formed by artificial means such as construction or quarrying.

Scree is generally an unstable surface, as it is made up of loose material, and it can often lead to dangerous landslides or avalanches.

Usage over time for scree:

This graph shows how "scree" have occurred between 1800 and 2008 in a corpus of English books.

25 words made out of letters SCREE 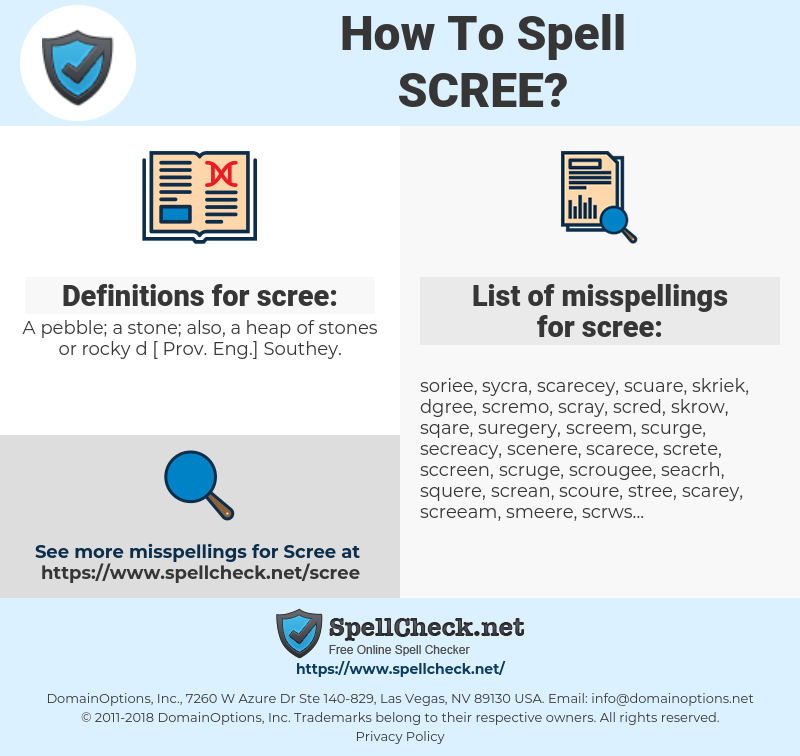