How to Pronounce stag?

What are the misspellings for stag?

A stag is an adult male of certain deer species. A stag is usually an impressive sight with its majestic antlers making it stand head and shoulders above the rest. It is a symbol of courage and strength. The antlers can reach up to several feet long and weigh several kilograms. Stags have a strong presence in the animal kingdom, but they can also be found in myths, folklore, and literature. The term "stag" is sometimes used to refer to a single male deer, or a large gathering of them, such as a herd.

Stags are popular hunting targets as they're big game animals.

What are similar-sounding words for stag?

Usage over time for stag:

This graph shows how "stag" have occurred between 1800 and 2008 in a corpus of English books.

19 words made out of letters STAG 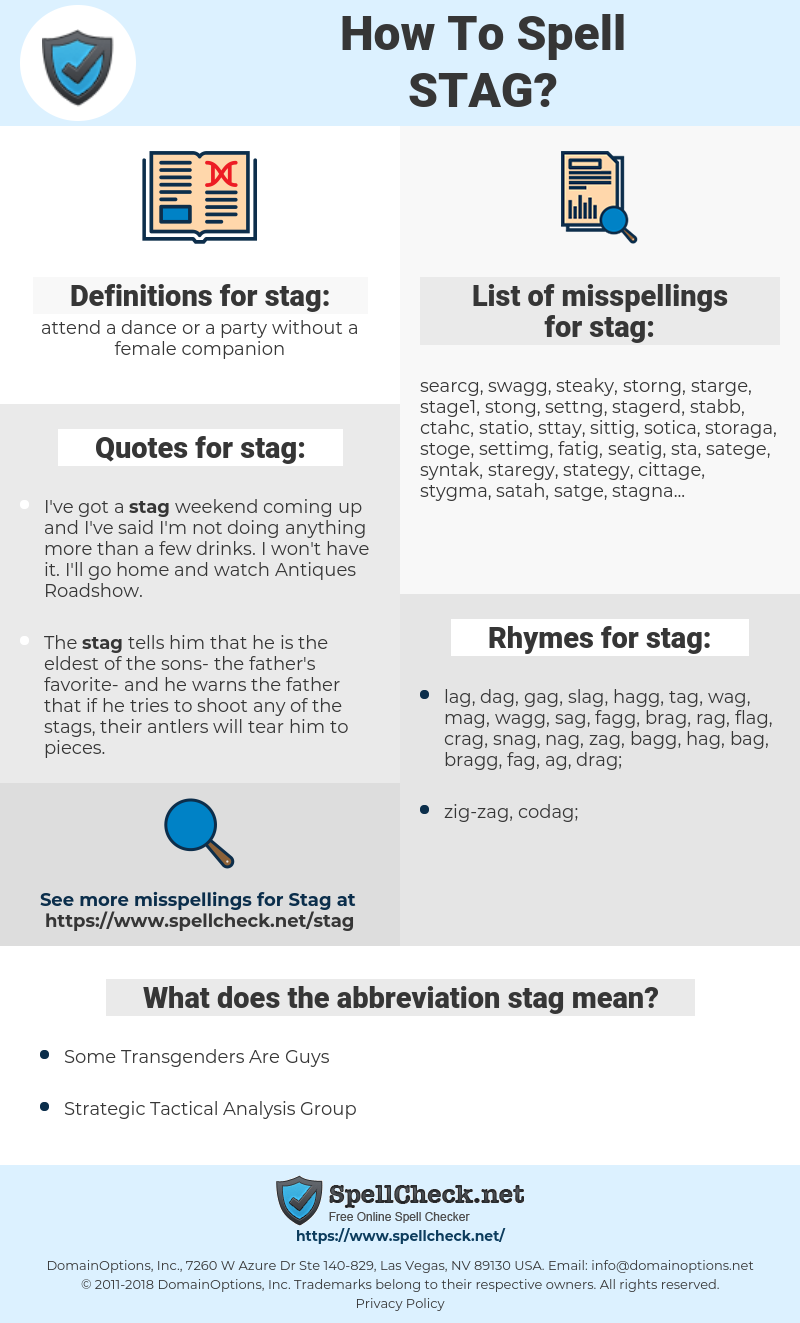