How to Pronounce stark?

What are the misspellings for stark?

Stark is a term most often used to describe something that is distinct or forceful. It can describe a type of contrast, an overwhelming feeling, or a distinct character. In literature, stark can be used to highlight a stark contrast between two ideas, a stark mood, or a sharp contrast.

In contemporary culture, people often refer to something as stark when it is clear and distinct - for example, a stark landscape or a stark reminder. It could also be used to describe something that is bold and distinct - a stark design, a stark message, or a stark warning.

Usage over time for stark:

This graph shows how "stark" have occurred between 1800 and 2008 in a corpus of English books.

32 words made out of letters STARK 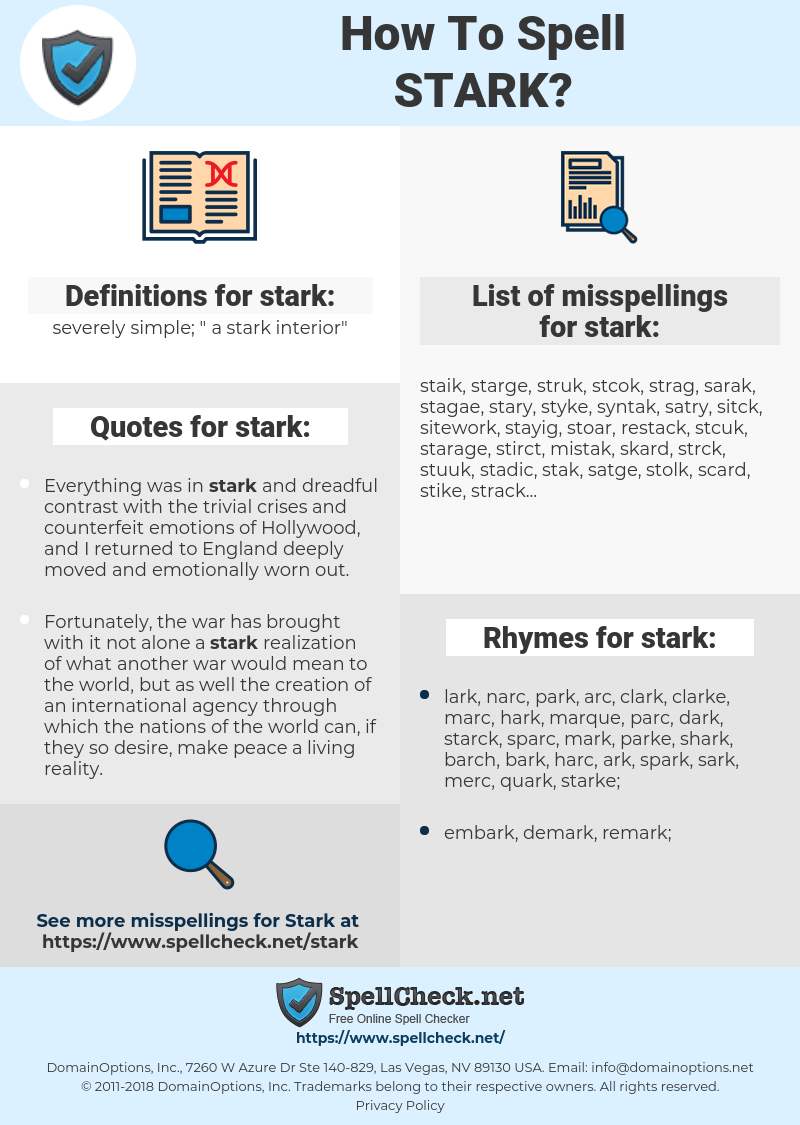