How to Pronounce tai?

What are the misspellings for tai?

Tai is an important concept in Chinese culture that is often translated as 'greatness', 'supreme' or 'ultimate'. It refers to the highest level of excellence and is often expressed in terms of beauty and harmony. When something is referred to as tai, it means it has attained the highest levels of knowledge and accomplishment.

Tai is often associated with Taoism, which is the traditional Chinese belief system. Taoism, which is based on the principle of harmony between all things, emphasizes the importance of balance and harmony.

What are similar-sounding words for tai?

Usage over time for tai:

This graph shows how "tai" have occurred between 1800 and 2008 in a corpus of English books.

8 words made out of letters TAI 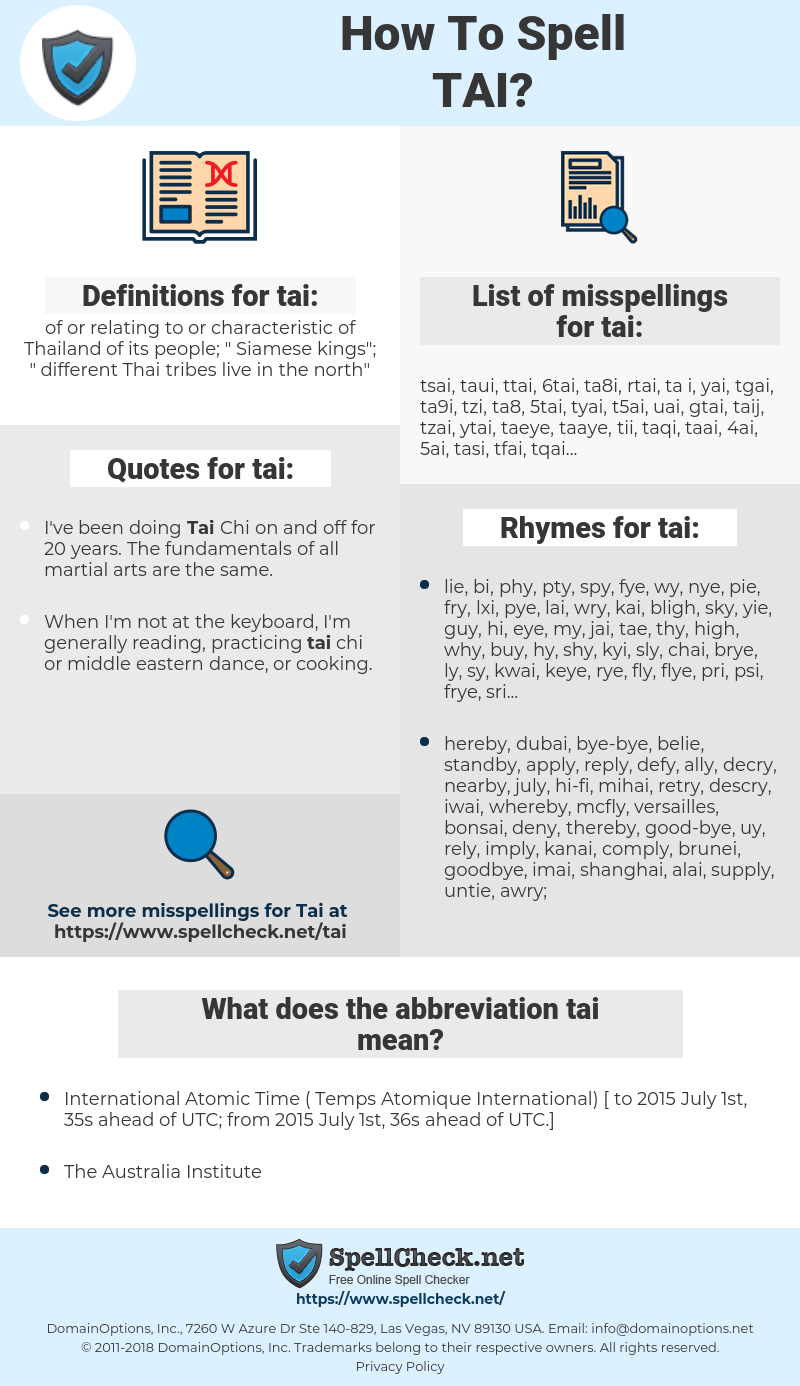