How to Pronounce U?

What are the misspellings for U?

U is the 21st letter of the English alphabet, and it can represent so many things. In physical terms, it is the curved shape made by holding your arms out, or it can represent the sound you make when you're stuck in a tough spot, such as "uh". U can also symbolize unity or unification. In mathematics, U is the symbol for union or logical disjunction, while in physics it is the symbol for the atomic mass unit, also known as the unified atomic mass unit. In business, U can represent any number of businesses, such as Uber and UPS.

What are similar-sounding words for U?

Usage over time for U:

This graph shows how "U" have occurred between 1800 and 2008 in a corpus of English books. 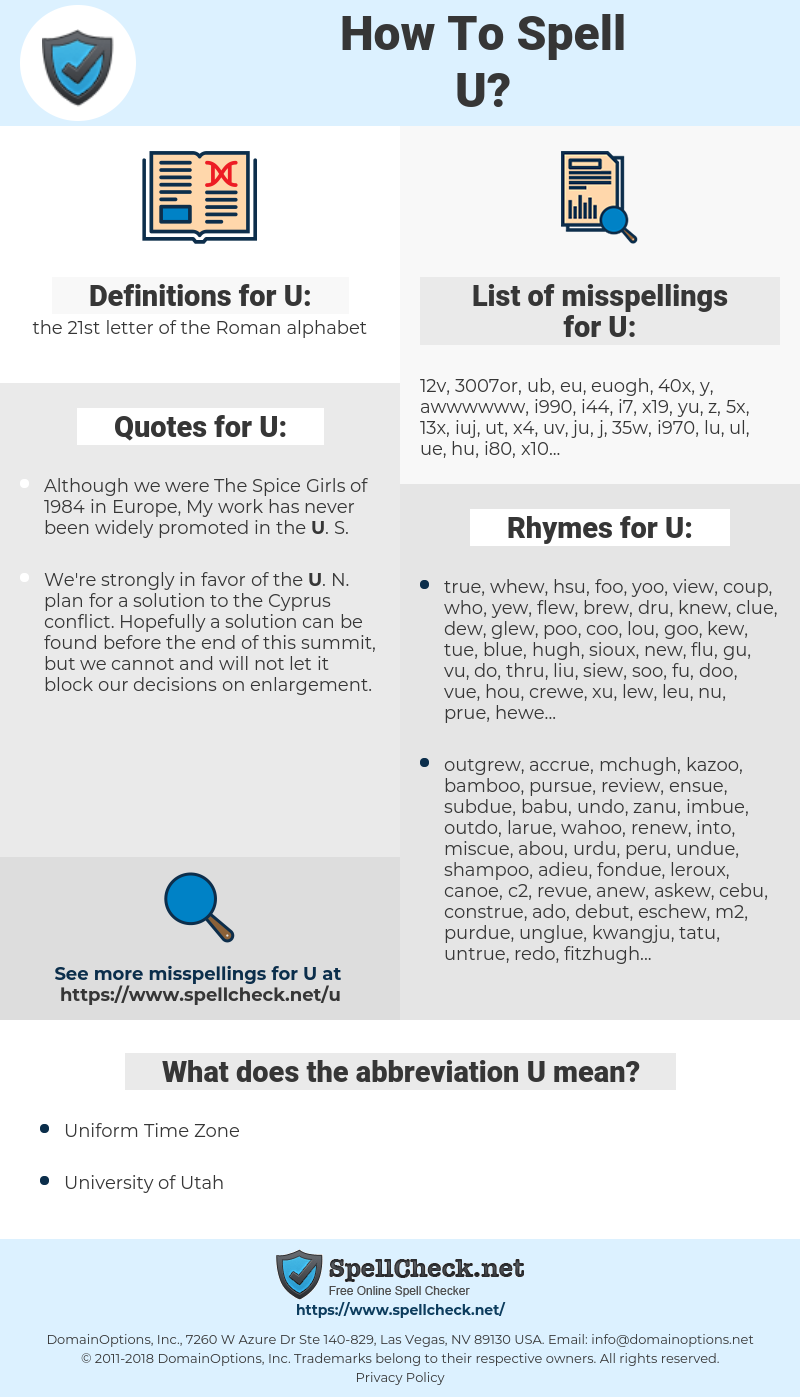