How to Pronounce violently?

What are the misspellings for violently?

Violently is an adverb which can be used to describe situations involving physical force or power that is extremely powerful, forceful, destructive, or intense. It is often used to describe acts of violence, aggression, and other actions where a person or group of people is trying to hurt or control another without their consent. Examples of violent actions include physical assault, rape, homicide, and terrorism. In many cases, people who engage in violent behaviour are typically not aware of the potential implications of their actions, or of the effects they can have on their victims.

Usage over time for violently:

This graph shows how "violently" have occurred between 1800 and 2008 in a corpus of English books.

350 words made out of letters VIOLENTLY 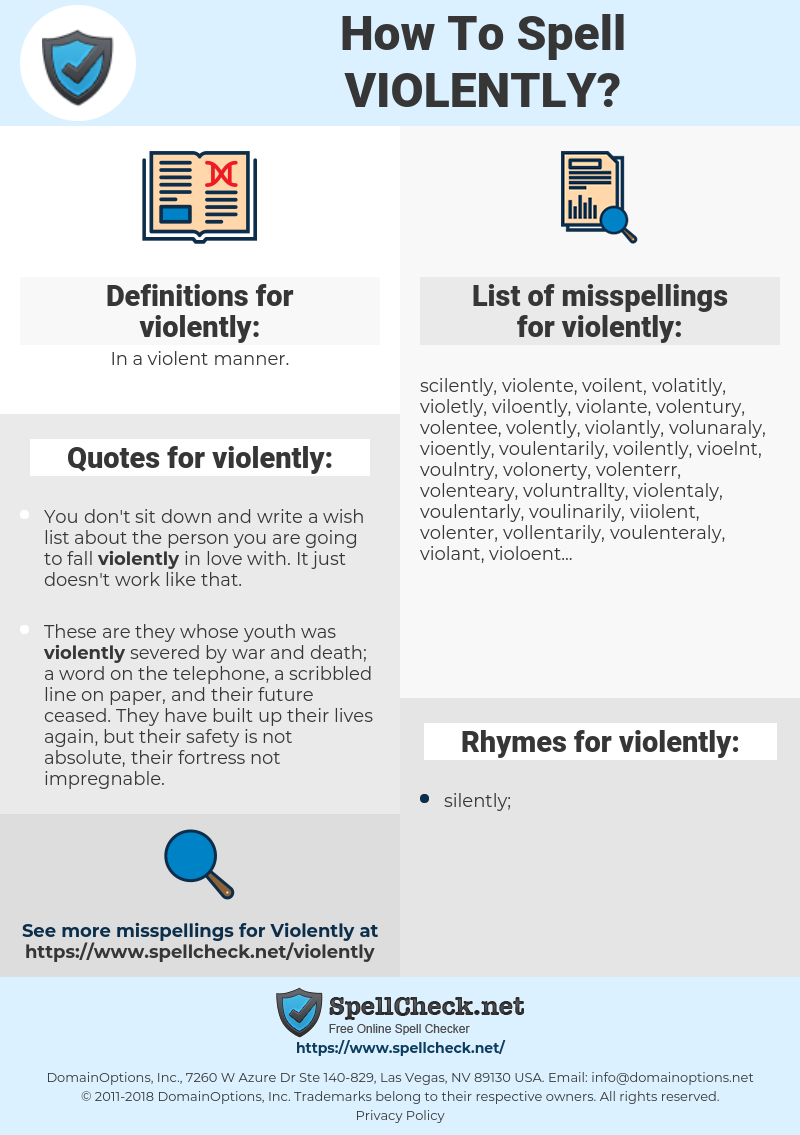