How to Pronounce wadi?

What are the misspellings for wadi?

A wadi is a dry riverbed, ravine or valley that is characteristically found in arid regions. It is typically filled with sand and gravel, and at times can contain small amounts of water during the wetter seasons. Wadi are commonly found in parts of the Middle East, where they may serve as a vital source of water and animal life. They also feature prominently in Arabian folklore and poetry.

Wadis range in size from small ravines to massive canyons and are formed by the same wind and water erosion that shapes rivers and mountains.

What are similar-sounding words for wadi?

Usage over time for wadi:

This graph shows how "wadi" have occurred between 1800 and 2008 in a corpus of English books.

16 words made out of letters WADI 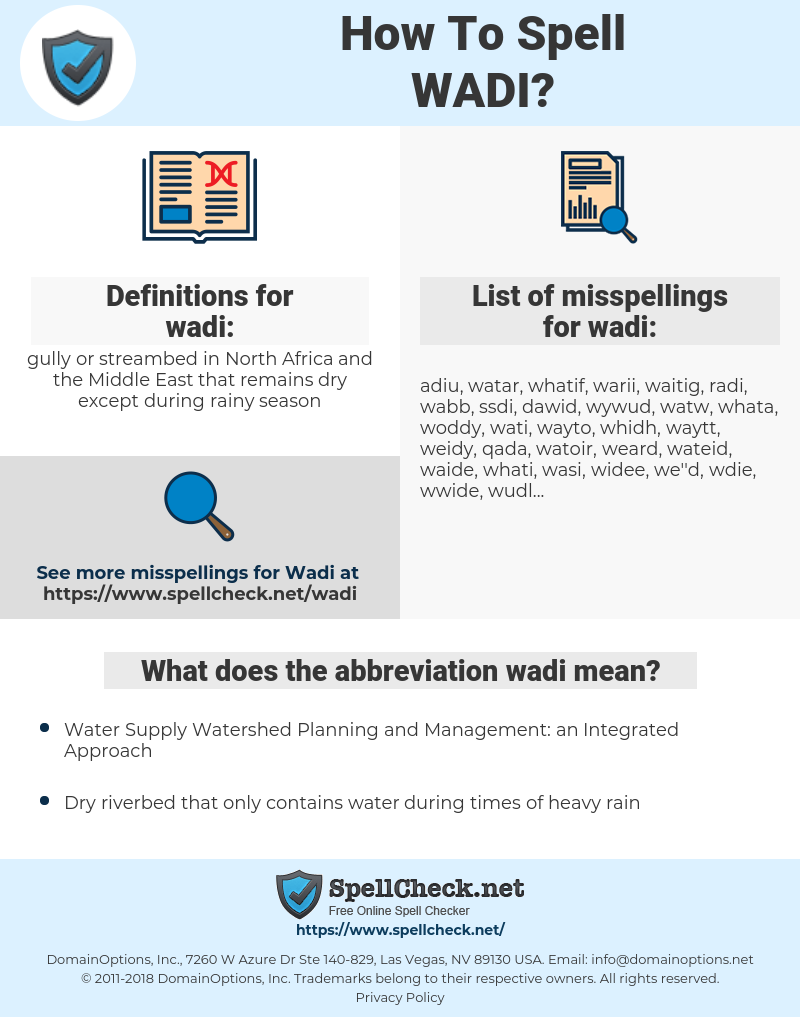