How to Pronounce Were?

What are the misspellings for Were?

Were refers to an English verb that has multiple definitions. Generally, it is used in two distinct ways. First, it is commonly used as the past tense and past participle of the verb "to be." For example, in the sentence, "He were home all day," the verb "were" is used as the past tense of "to be." Secondly, it is sometimes used in a subjunctive mood to express a wish or imaginary situation. For example, in the sentence, "If I were the president," the verb "were" expresses an imaginary or impossible situation.

Usage over time for Were:

This graph shows how "Were" have occurred between 1800 and 2008 in a corpus of English books.

10 words made out of letters WERE 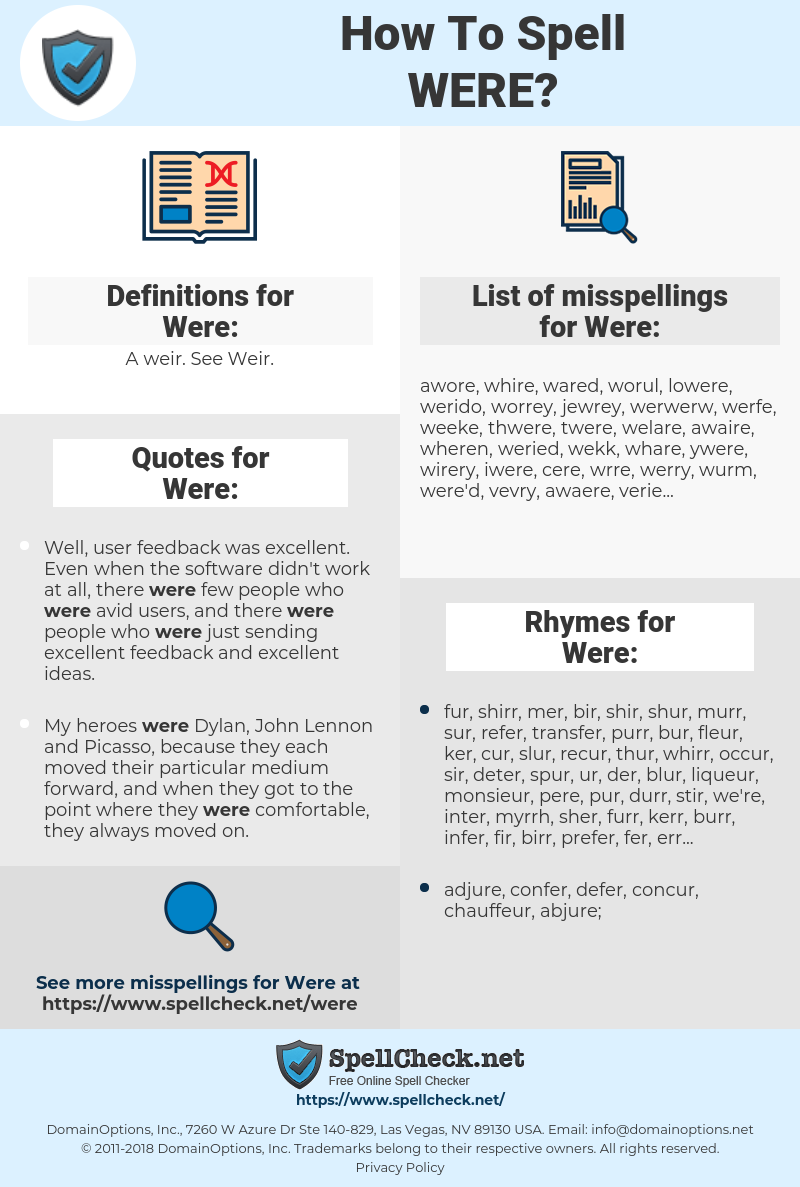