How to Pronounce wog?

Wog is an informal, derogatory term used in the United Kingdom to describe people of Mediterranean or Middle Eastern descent. Although its origin is unclear, it is believed to be an acronym of "Worthy Oriental Gentleman" or "Working On the Grand". It is often used to describe people of Irish, Italian, Greek, Turkish, Algerian, Moroccan, and Lebanese descent, among others. Wog has been used offensively in the UK to present a negative and stereotyped image of people of Mediterranean and Middle Eastern descent.

What are similar-sounding words for wog?

Usage over time for wog:

This graph shows how "wog" have occurred between 1800 and 2008 in a corpus of English books.

4 words made out of letters WOG 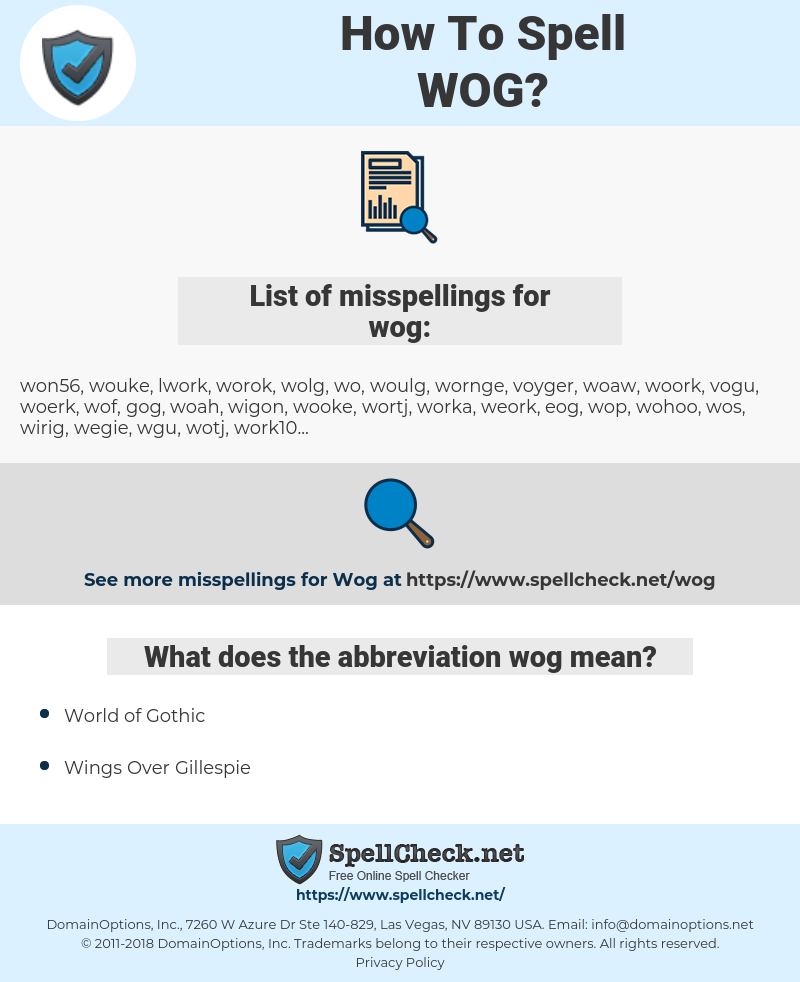