How to Pronounce Assad?

What are the misspellings for Assad?

Syrian President Bashar Al Assad has been in power since 2000, when his late father, Hafez al-Assad, passed away. He has since become an oppressive leader and has been held responsible for human rights violations and massacres across Syria. In 2011, Assad's government was blamed for the suppression of peaceful protests and the ensuing civil war, a conflict that has lasted eight years and claimed hundreds of thousands of lives and displaced millions. Assad has been strongly condemned by the international community and has been the target of numerous sanctions. He is also accused of war crimes and crimes against humanity.

Usage over time for Assad:

This graph shows how "Assad" have occurred between 1800 and 2008 in a corpus of English books.

8 words made out of letters ASSAD 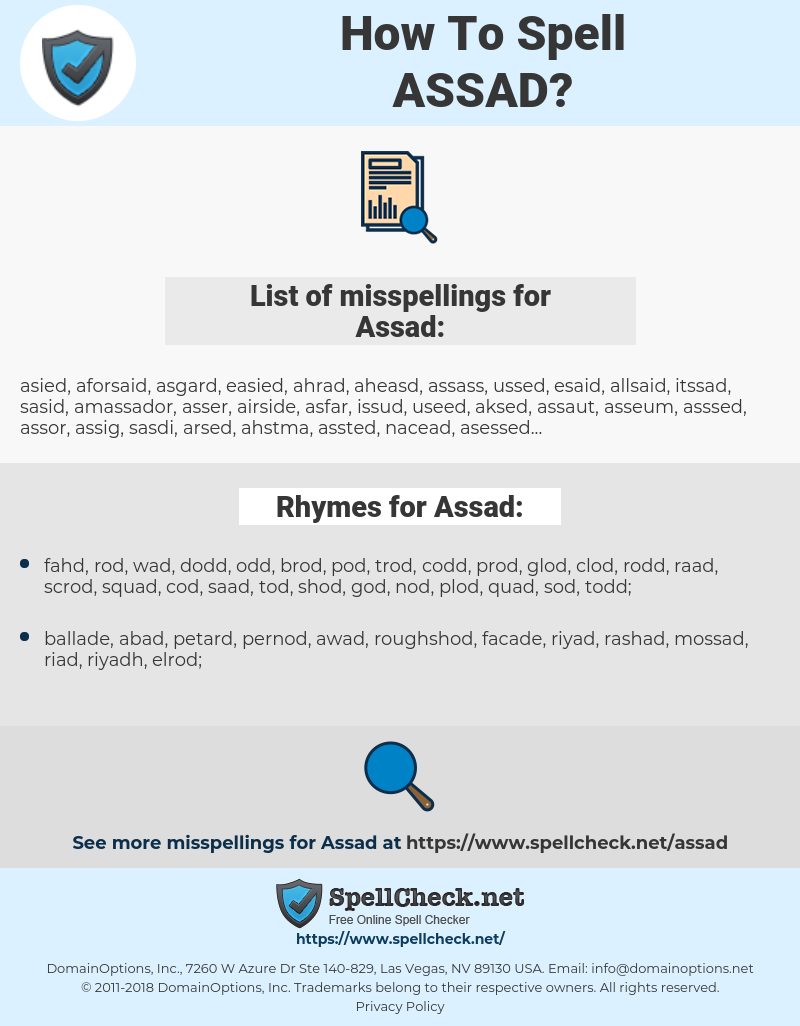