How to Pronounce corrie?

What are the misspellings for corrie?

Coronation Street, commonly known as corrie, is a long-running British soap opera. It first aired on television in December 1960 and has been broadcast on the ITV network ever since. Set in and around the fictional, northern English city of Weatherfield, Coronation Street is known for its storylines, which often focus on social issues such as financial difficulty, yet are entwined with the everyday lives, loves and losses of its characters.

Usage over time for corrie:

This graph shows how "corrie" have occurred between 1800 and 2008 in a corpus of English books.

32 words made out of letters CORRIE 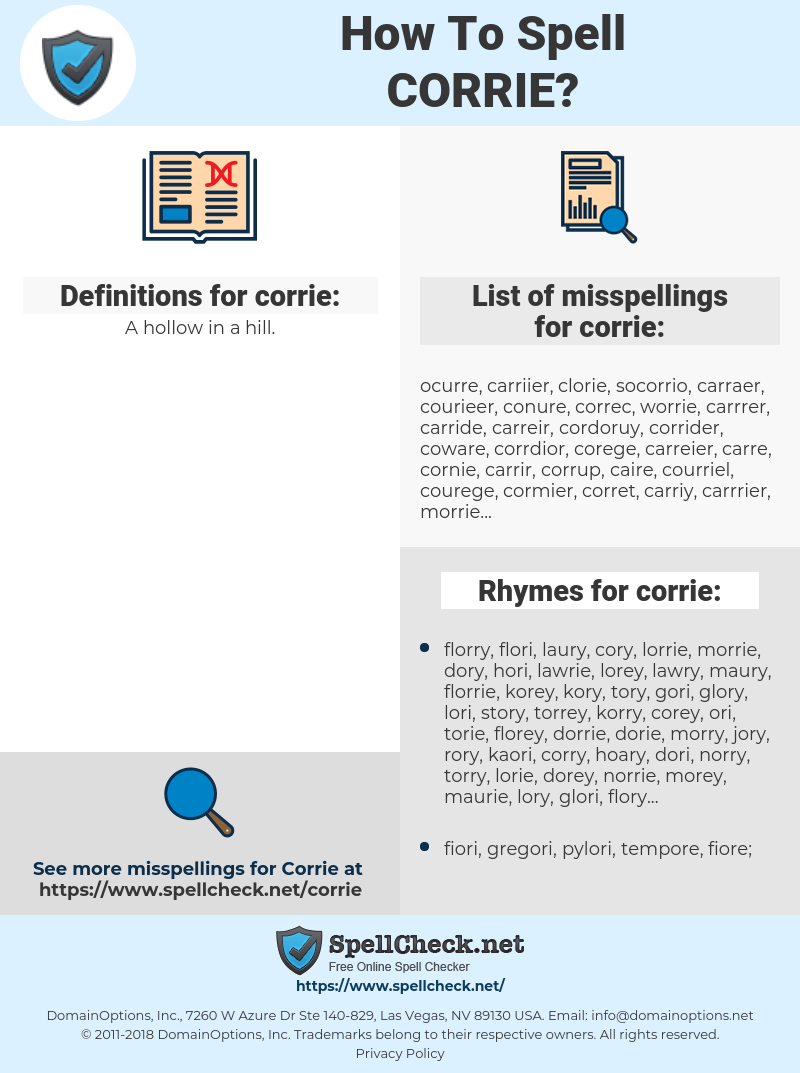