How to Pronounce erode?

What are the misspellings for erode?

Erode is the process of sediment removal, due to the action of the elements such as wind, water, waves and ice, that wears down rocks and other elements on Earth. It is an important process in the formation of landforms, like cliffs, canyons, and river valleys. The buildup of sediments caused by erosive processes also reveals important geological features. It is often referred to as the 'denudation' process in geology.

Generally, erosion occurs where water, ice and wind have acted on the land for a long period of time.

Usage over time for erode:

This graph shows how "erode" have occurred between 1800 and 2008 in a corpus of English books.

21 words made out of letters ERODE 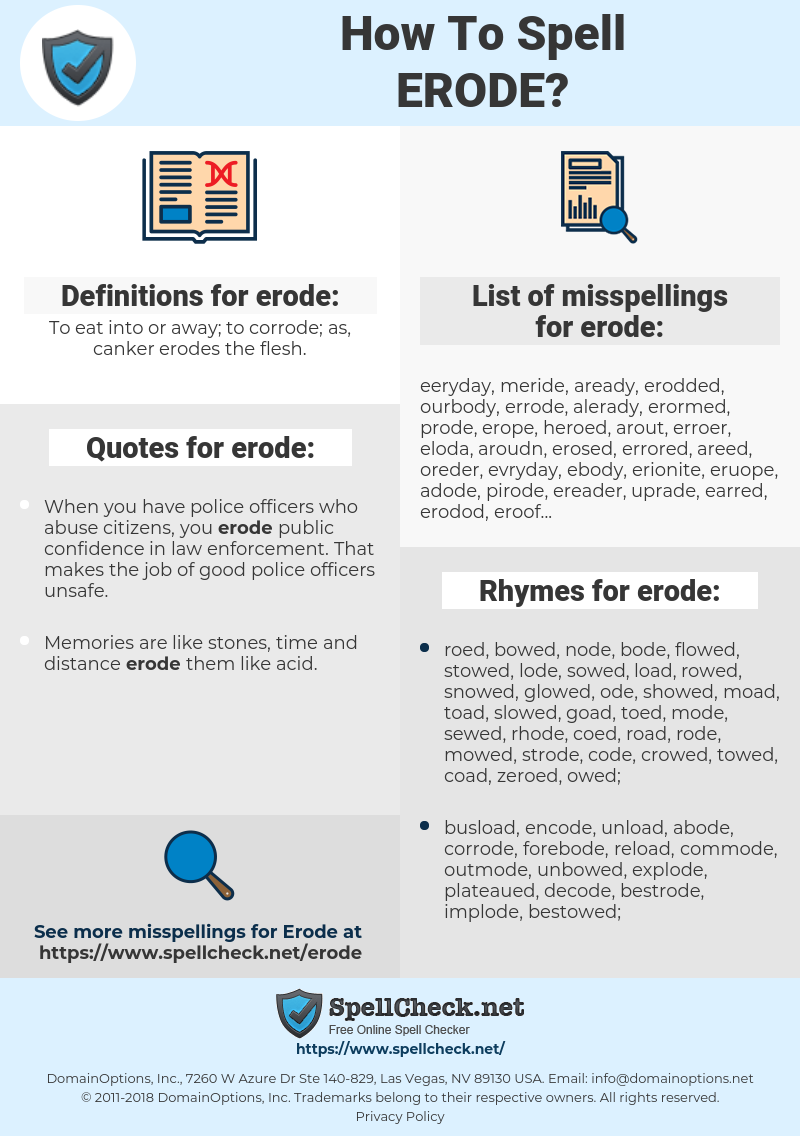