How to Pronounce hao?

What are the misspellings for hao?

Hao is a Chinese interjection commonly used to express agreement, understanding, or acknowledgement. It is similar to the English "OK". It demonstrates a reaction that is accepting, accommodating, and content with the given situation or idea. It is most associated with Mandarin, but is used in other Chinese dialects as well.

In certain parts of China, Hao can be used as slang for "cool" or "great". It is often used between young people, particularly when conversing in Modern Chinese. When someone does something impressive, Hao is used to show appreciation and admiration.

What are similar-sounding words for hao?

Usage over time for hao:

This graph shows how "hao" have occurred between 1800 and 2008 in a corpus of English books.

5 words made out of letters HAO 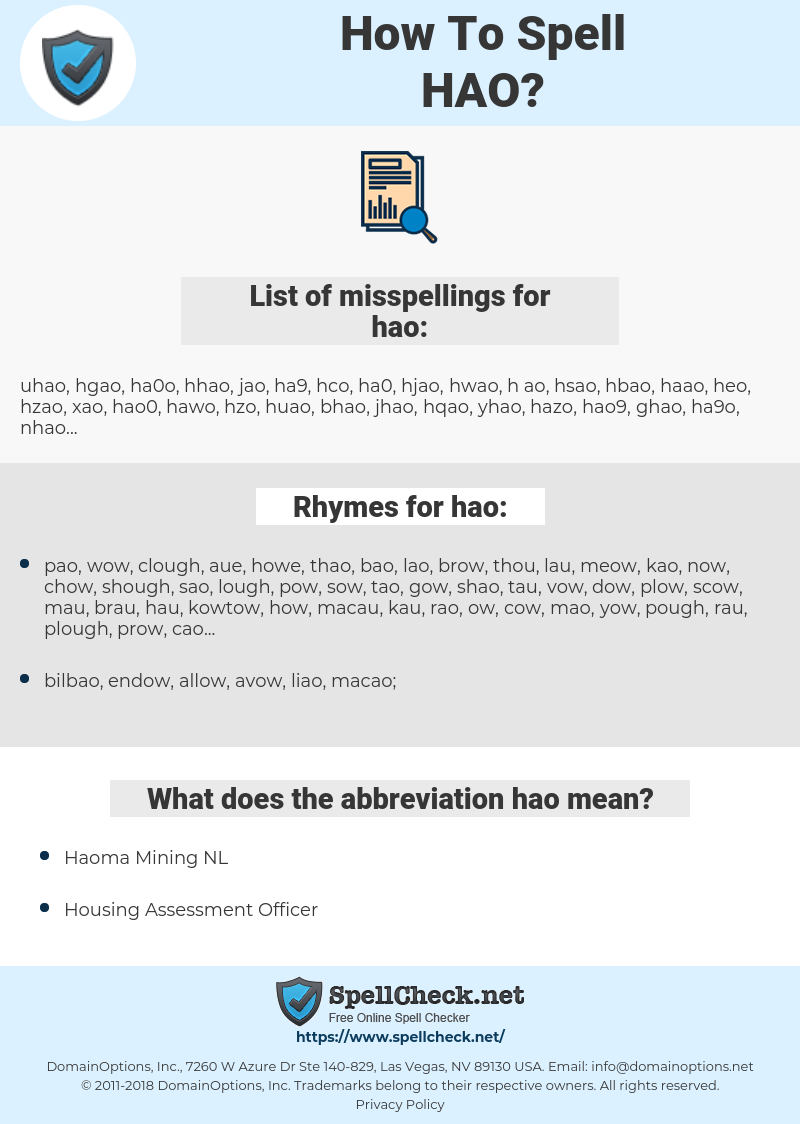