How to Pronounce HMS?

What are the misspellings for HMS?

The HMS is a ship class that has a long and proud history in the military fleets of the United Kingdom of Great Britain and Northern Ireland. The acronym stands for 'Her/His Majesty's Ship' and was originally given to warships of the Royal Navy. Over the years, they have been used to protect and advance British interests, both at home and abroad.

HMS ships have featured in countless battles and have taken part in a variety of military actions. Aside from the Royal Navy, HMS ships have also been lent, loaned or leased to other navies around the world.

What are similar-sounding words for HMS?

Usage over time for HMS:

This graph shows how "HMS" have occurred between 1800 and 2008 in a corpus of English books.

6 words made out of letters HMS 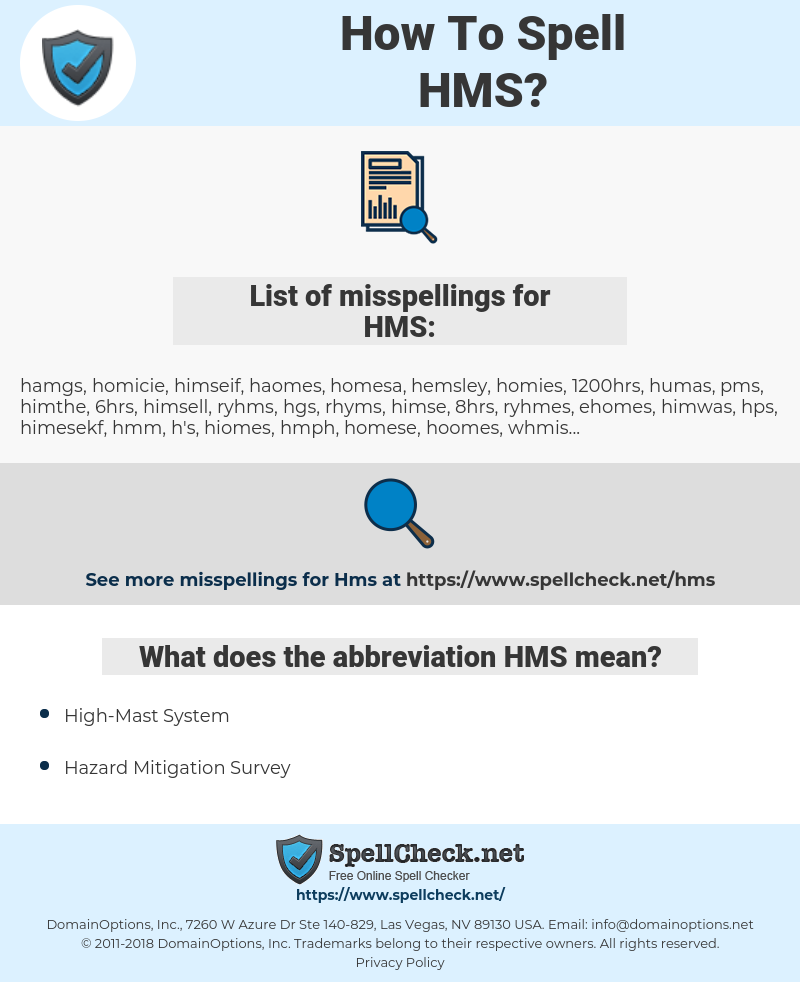