How to Pronounce inion?

An inion is the external occipital protuberance of the human skull, a bony projection found in the back of the skull. It is a permanent anatomical feature located at the most prominent point at the back of the head. The inion is the point at which the skullcap, or occiput, fits into the neck and is usually described as the external, or superior, part of the occipital bone. Anatomically, it marks the highest posterior point of the human head, and is the point at which the ligamenta nuchae and musculi semispinalis capitis attach.

Usage over time for inion:

This graph shows how "inion" have occurred between 1800 and 2008 in a corpus of English books.

7 words made out of letters INION 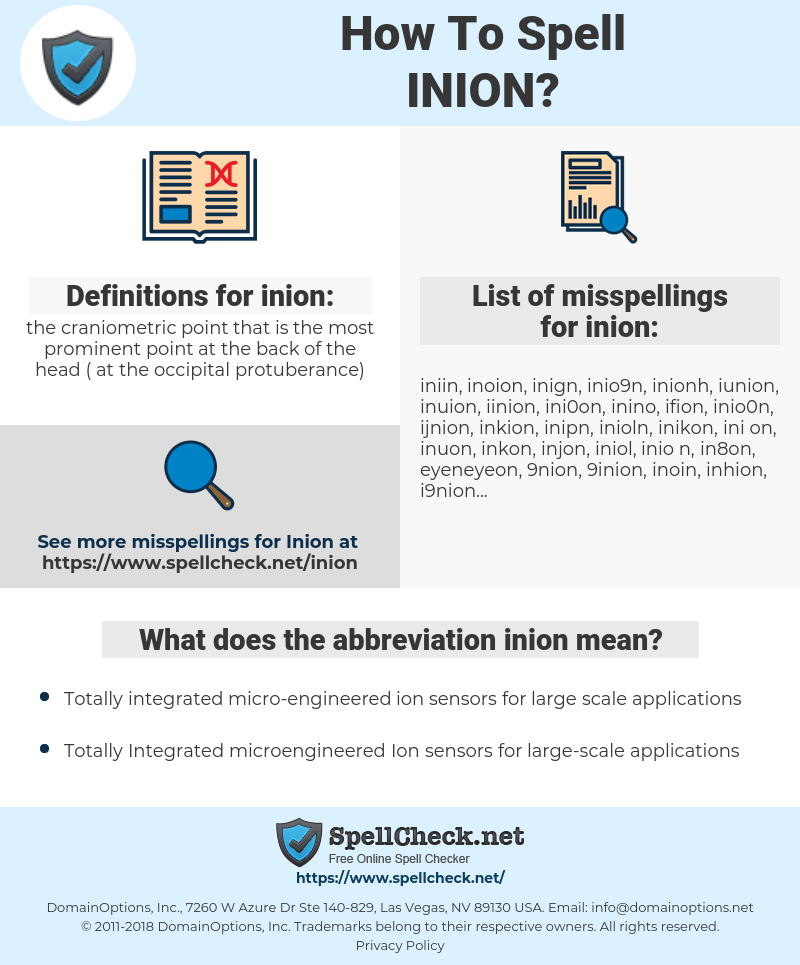