How to Pronounce leery?

What are the misspellings for leery?

Leery is an adjective used to describe someone who is suspicious, distrustful, and hesitant. It is used to express a feeling of caution or uncertainty following something that appears to be potentially dangerous or risky.

The term is typically used to caption a person who is cynical and highly suspicious of the actions or intentions of other people. For example, someone might be said to be leery of lending money.

The origins of leery can be traced back to the Middle English word lery, which itself derives from the Old French word leir meaning "space".

Usage over time for leery:

This graph shows how "leery" have occurred between 1800 and 2008 in a corpus of English books.

23 words made out of letters LEERY 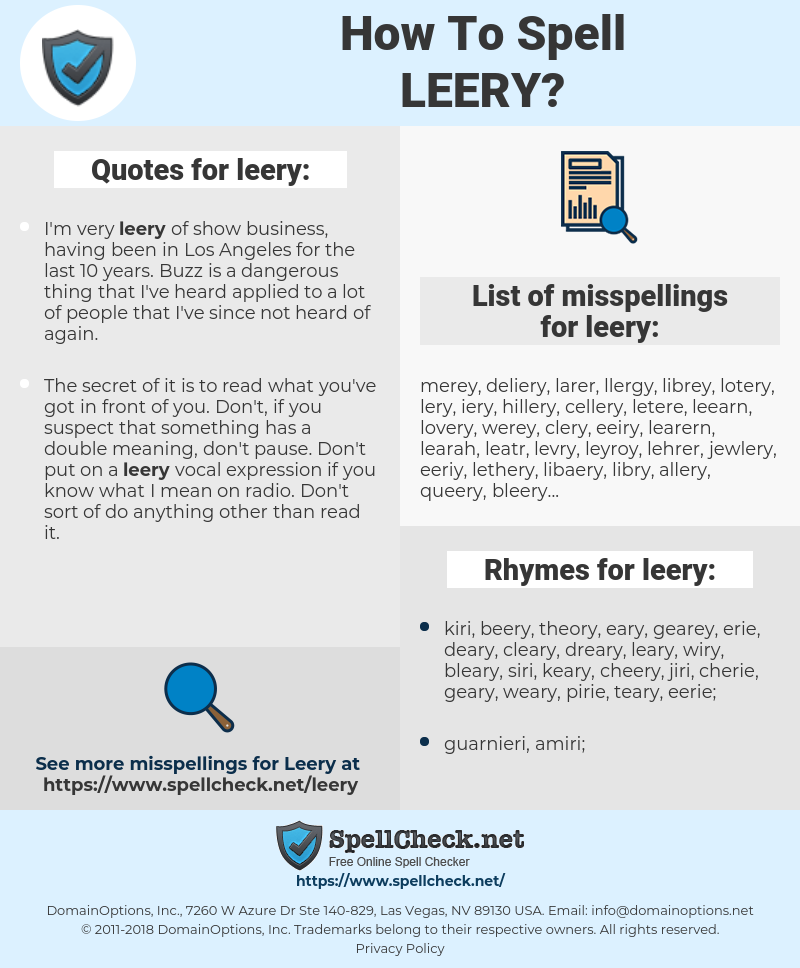