How to Pronounce mph?

What are the misspellings for mph?

Miles per hour (mph) is the rate at which an object moves measured in terms of the number of miles travelled in hours. mph is primarily used in the United States and the United Kingdom to measure speeds. It is also used to express speeds on roads that is posted on signs or in vehicle speedometers. The use of mph has made it easier for travelers to track their journey time instead of converting to another unit. mph converted from kilometers per hour is a useful tool for determining journey times in different countries. flying objects such as planes, helicopters, rockets, and projectiles also measure speed in mph.

What are similar-sounding words for mph?

Usage over time for mph:

This graph shows how "mph" have occurred between 1800 and 2008 in a corpus of English books.

6 words made out of letters MPH 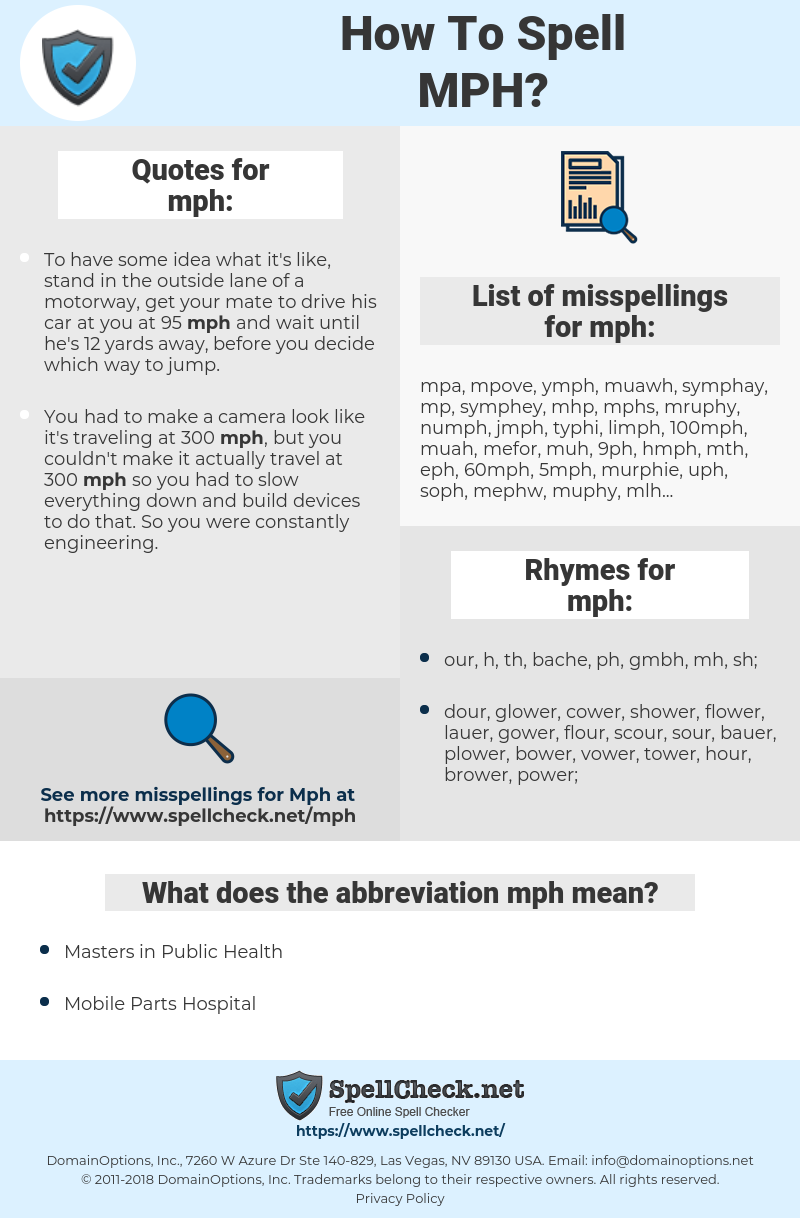