How to Pronounce Ones?

What are the misspellings for Ones?

Ones are the most basic and fundamental number that can be used to measure and quantify the amount of something. They can be used to refer to all units, such as individuals, objects, and items. For example, one person, one book, one brick, or one fish. It is also used to refer to single objects when talking about fractions, such as one-fourth or one-third. Furthermore, some mathematical equations and calculations require the use of ones, such as addition and multiplication. It can also be used for counting and determining the size of something, such as when measuring the length or width of an object.

Usage over time for Ones:

This graph shows how "Ones" have occurred between 1800 and 2008 in a corpus of English books.

23 words made out of letters ONES 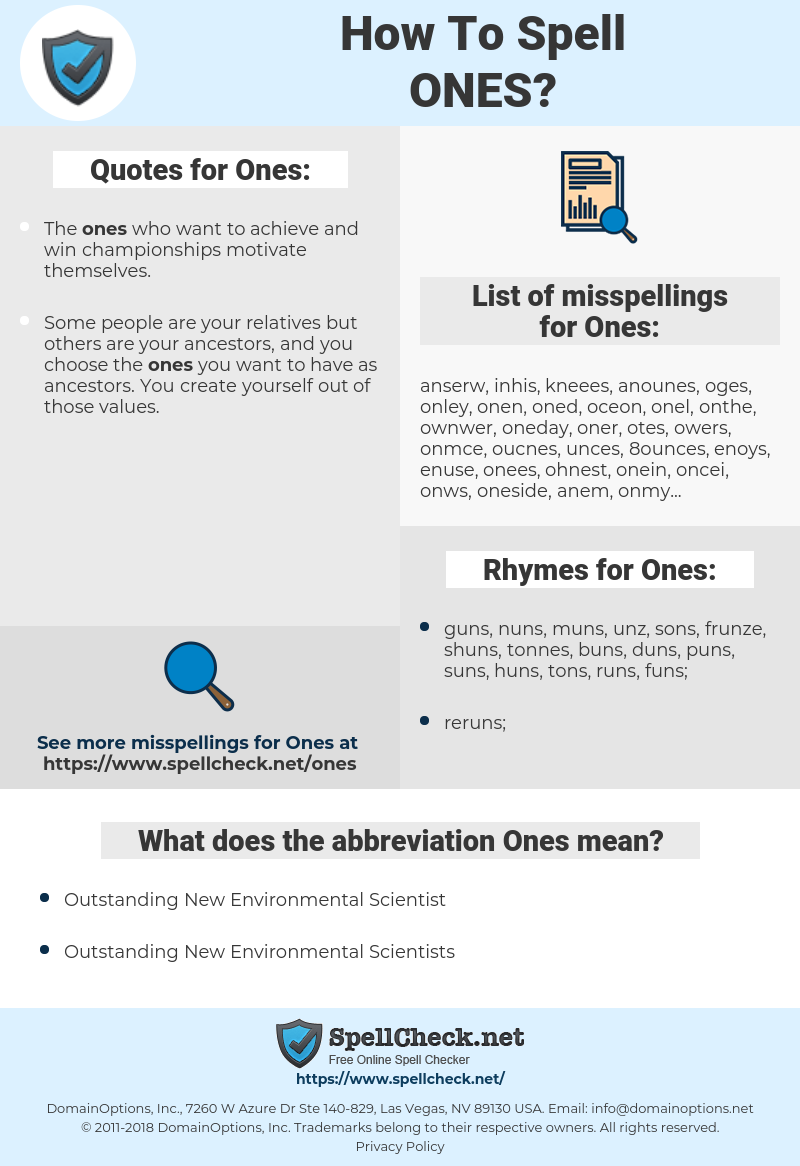