How to Pronounce raj?

What are the misspellings for raj?

Raj is a common name of Indian origin. Historically, it refers to a ruler or leader. In modern times, it is used as a male given name, primarily in the Indian subcontinent. Its meaning varies based on associated names and the culture, but generally its core meanings are "rule, lead, influence, or be a king".

Raj is a gender-neutral name that is given to both boys and girls. It is a popular name in India and is found in Hindu, Muslim, Christian, and Sikh cultures.

What are similar-sounding words for raj?

Usage over time for raj:

This graph shows how "raj" have occurred between 1800 and 2008 in a corpus of English books.

6 words made out of letters RAJ 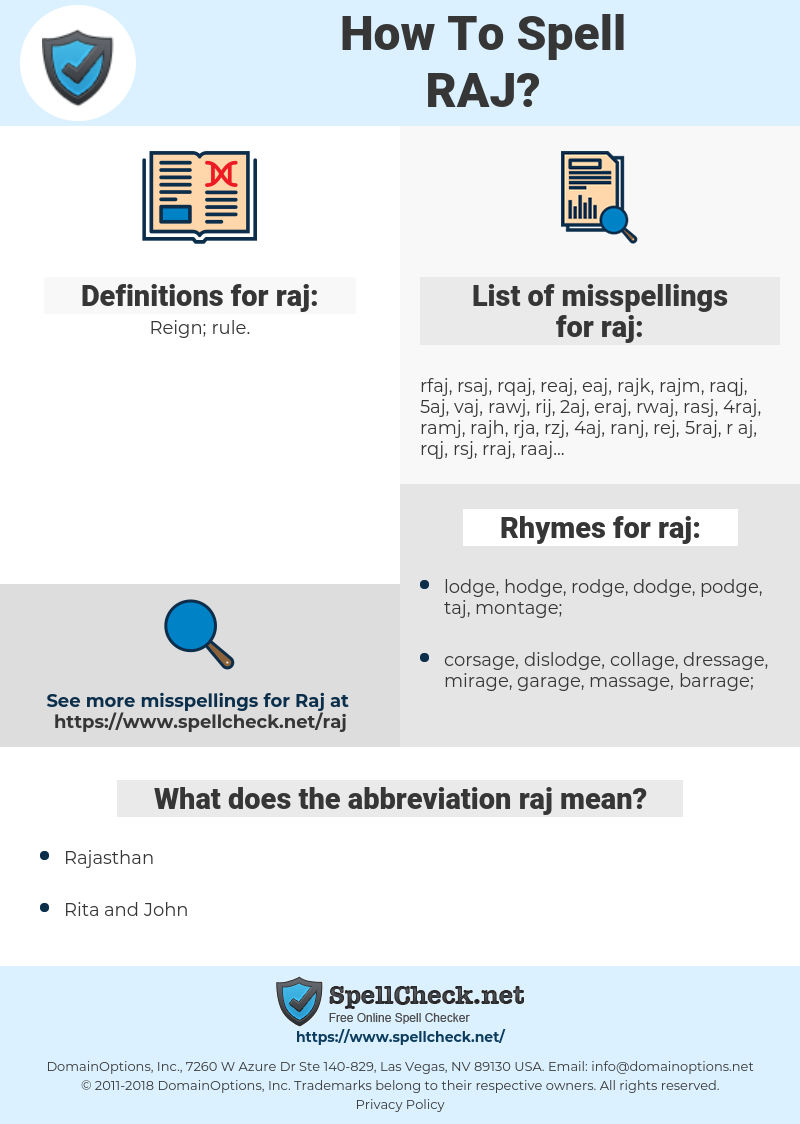