How to Pronounce ratify?

What are the misspellings for ratify?

Ratify is an important term in the law and politics. It is a word used to describe the formal acceptance of a treaty, agreement or law. Generally, ratification is a process that involves the legal authorities of a country or organization and it is usually carried out after the agreement is initially signed and agreed upon. Ratification is necessary because it allows the parties involved to formally acknowledge and approve the agreement or law.

Often times, ratification also involves the addition of a signature or seal to the document to indicate acceptance. Without this formal process, an agreement or law is not legally binding and can be contested.

Usage over time for ratify:

This graph shows how "ratify" have occurred between 1800 and 2008 in a corpus of English books.

66 words made out of letters RATIFY 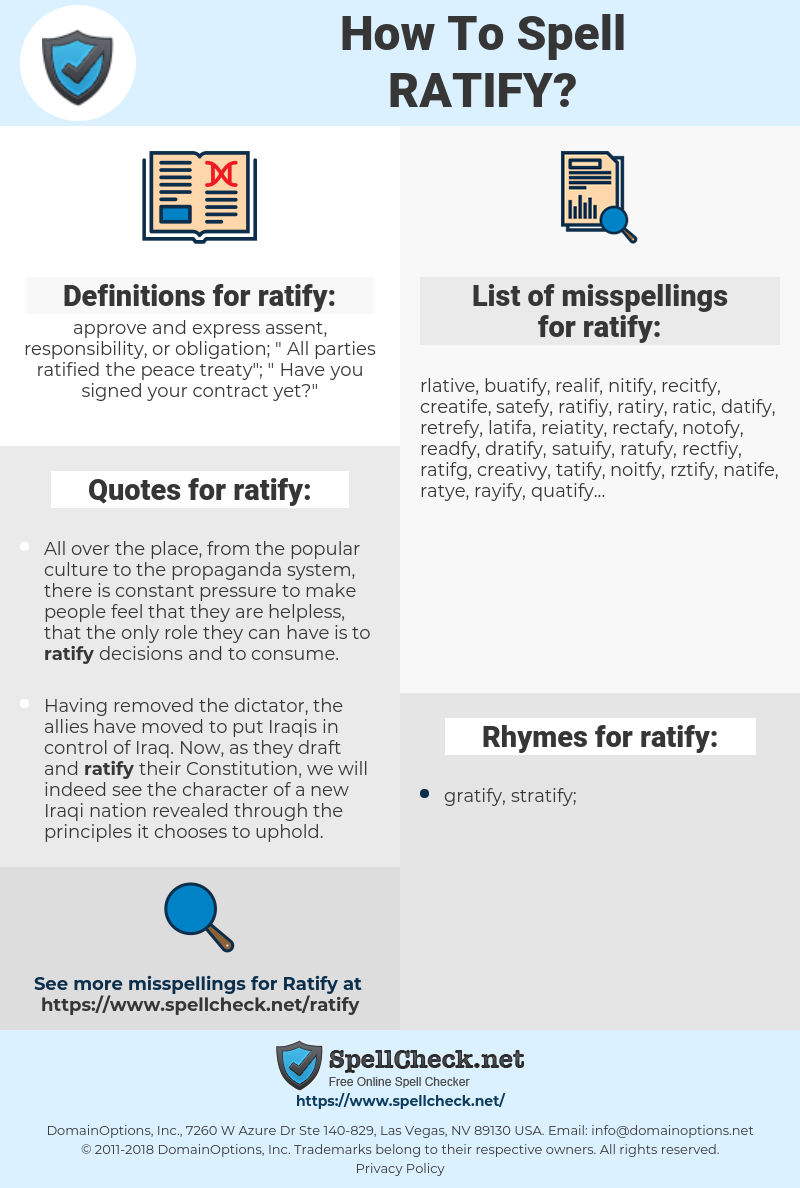