How to Pronounce Romney?

What are the misspellings for Romney?

Romney was an active campaigner for his father George Romney's 1968 presidential run and assisted in his father's successful 1970 U.S.

Usage over time for Romney:

This graph shows how "Romney" have occurred between 1800 and 2008 in a corpus of English books.

12 words made out of letters ROMNEY 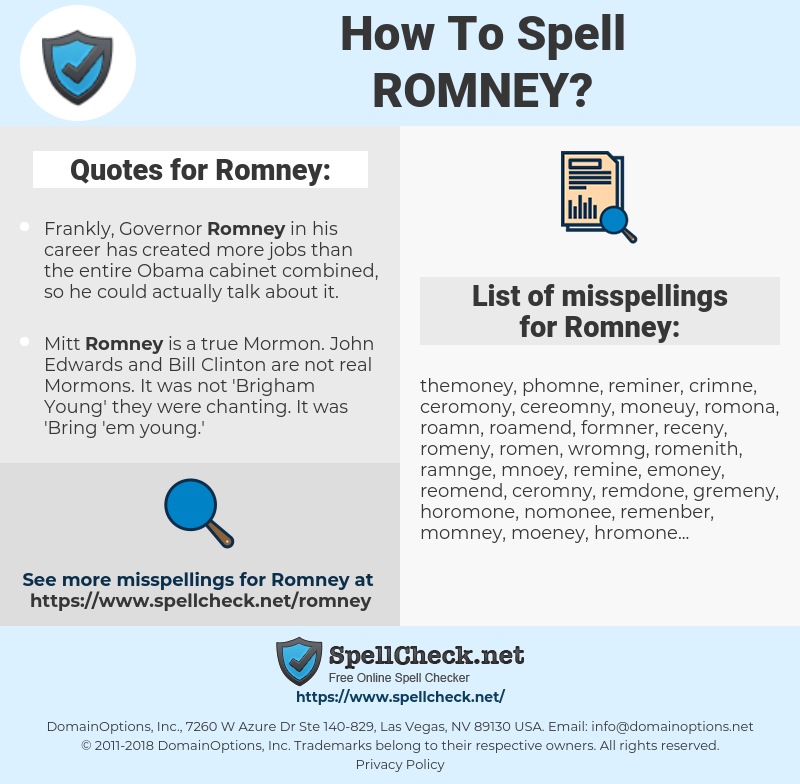