How to Pronounce seth?

What are the misspellings for seth?

Seth is a prominent figure throughout world history and is first mentioned in the book of Genesis in the Old Testament of the Bible. Seth was Adam and Eve's third son, and the father of Enosh. He caused great blessings to humanity as he was said to be the author of incredible wisdom and science and his son, Enosh, is credited with establishing the roots of religion, which eventually became Judaism.

Seth held an important role in ancient Egyptian theology. He was the god of chaos who was offered a sacrifice so that the Earth would remain in balance and harmony.

What are similar-sounding words for seth?

Usage over time for seth:

This graph shows how "seth" have occurred between 1800 and 2008 in a corpus of English books.

20 words made out of letters SETH 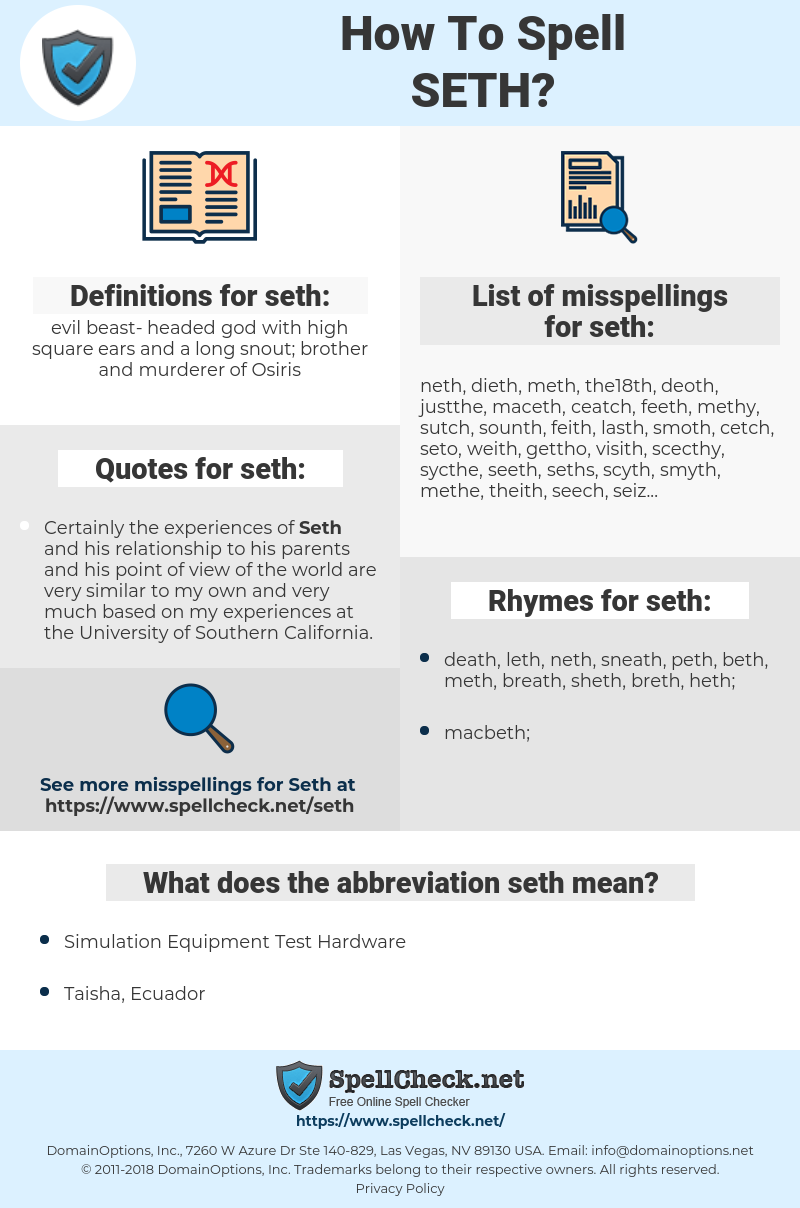