How to Pronounce smith?

What are the misspellings for smith?

Smith is a very common surname originating in England and is the 2nd most common surname in the United States. The origin of the name is believed to have originated from Old English and is found in documents as far back as the 13th century. It was used as an occupational surname, referring to metal working occupations such as blacksmiths. The name is also surprisingly popular in Scotland, where it is one of the five most common surnames.

The use of Smith has spanned across Britain and to the United States, where it is very popular. It is referred to as a generic surname and we are still finding new people with this surname constantly.

What are similar-sounding words for smith?

Usage over time for smith:

This graph shows how "smith" have occurred between 1800 and 2008 in a corpus of English books.

29 words made out of letters SMITH 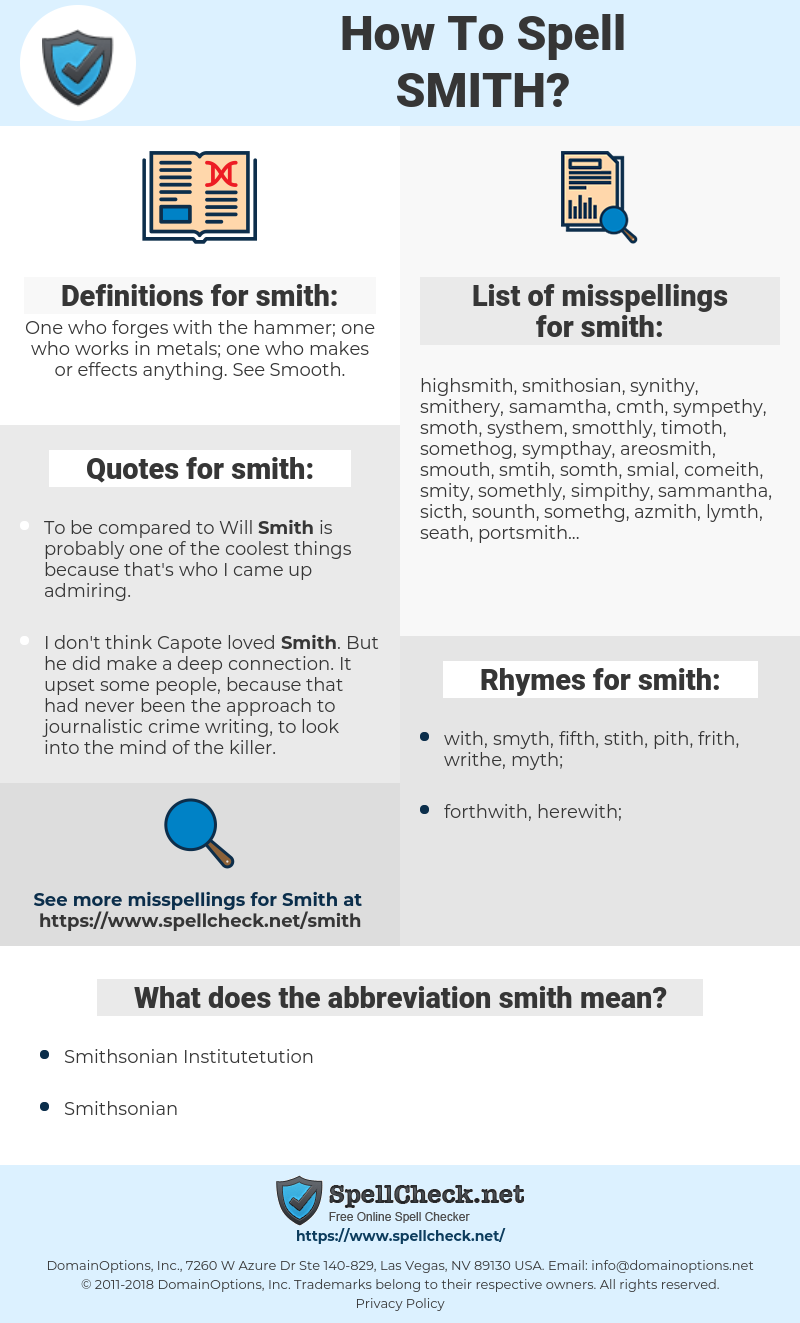