How to Pronounce tatty?

What are the misspellings for tatty?

Tatty is an adjective to describe something that is in a state of disrepair, often as a result of being worn out. It is commonly used to describe clothing that is ragged, threadbare or disheveled. Tatty objects generally have a shabby appearance, with signs of wear and tear that can't be repaired.

Tatty clothes often look worse after being washed or dried, and can be a sign of poverty or a lack of affluence. It can be used to describe objects aside from clothing, such as furniture that is tatty or a tatty old rug.

Usage over time for tatty:

This graph shows how "tatty" have occurred between 1800 and 2008 in a corpus of English books.

3 words made out of letters TATTY 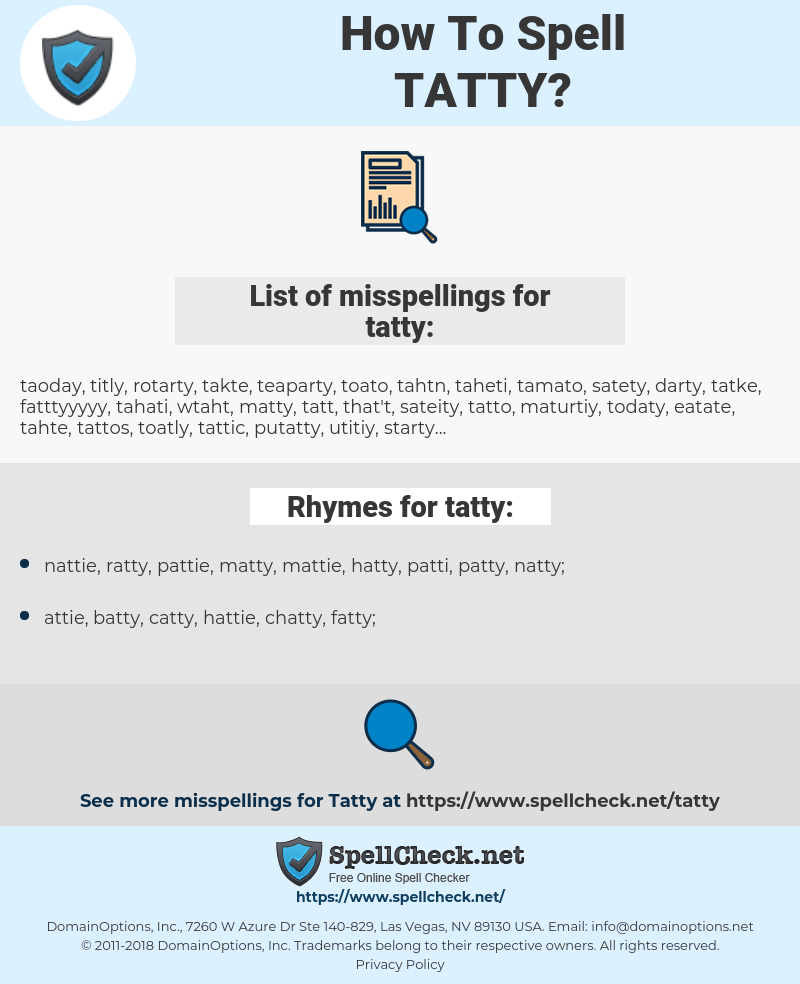