How to Pronounce y?

What are the misspellings for y?

Y is the 25th letter of the modern English alphabet. It is often associated with the sound /j/ as in the word "yes". In some languages, such as Swedish, it is pronounced differently, more like a "sh" sound.

Usage over time for y:

This graph shows how "y" have occurred between 1800 and 2008 in a corpus of English books. 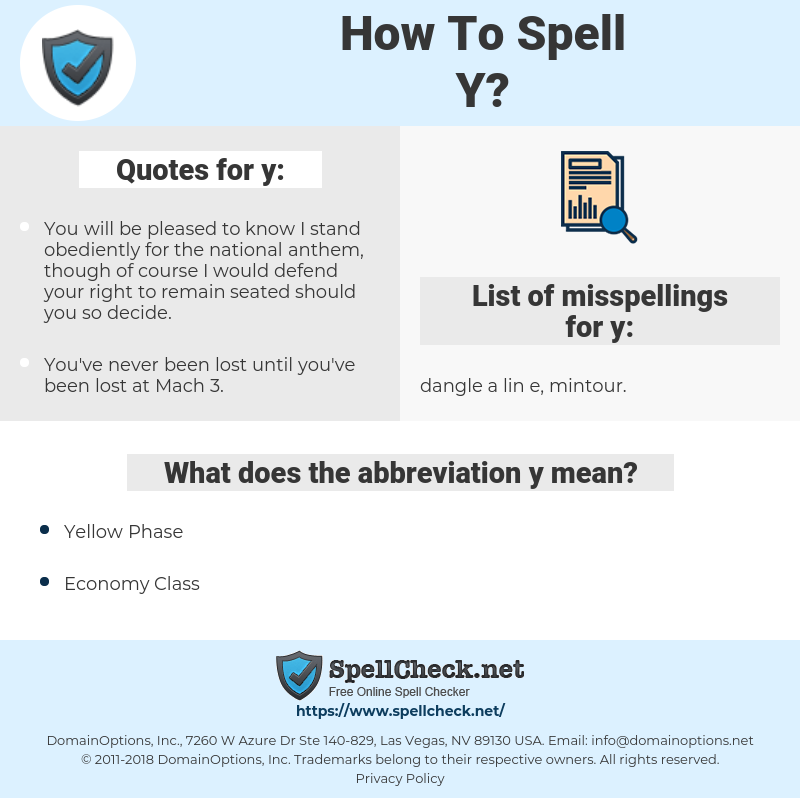