How to Pronounce Yuri?

What are the misspellings for Yuri?

Yuri is a popular Japanese pop culture and aesthetic that often centers around female relationships. It is most commonly associated with anime, manga, and video games, but it exists in many media forms, including literature, art, theatre, and film.The term "Yuri" is derived from the Japanese word for lily and is used to describe relationships between primarily female characters - in either a romantic, platonic, or familial nature. Due to its representation of queer relationships between women, Yuri is typically seen as a lesbian-themed media genre. However, it should be noted that it is not exclusive to queer relationships and can be enjoyed by anyone.

Usage over time for Yuri:

This graph shows how "Yuri" have occurred between 1800 and 2008 in a corpus of English books.

7 words made out of letters YURI 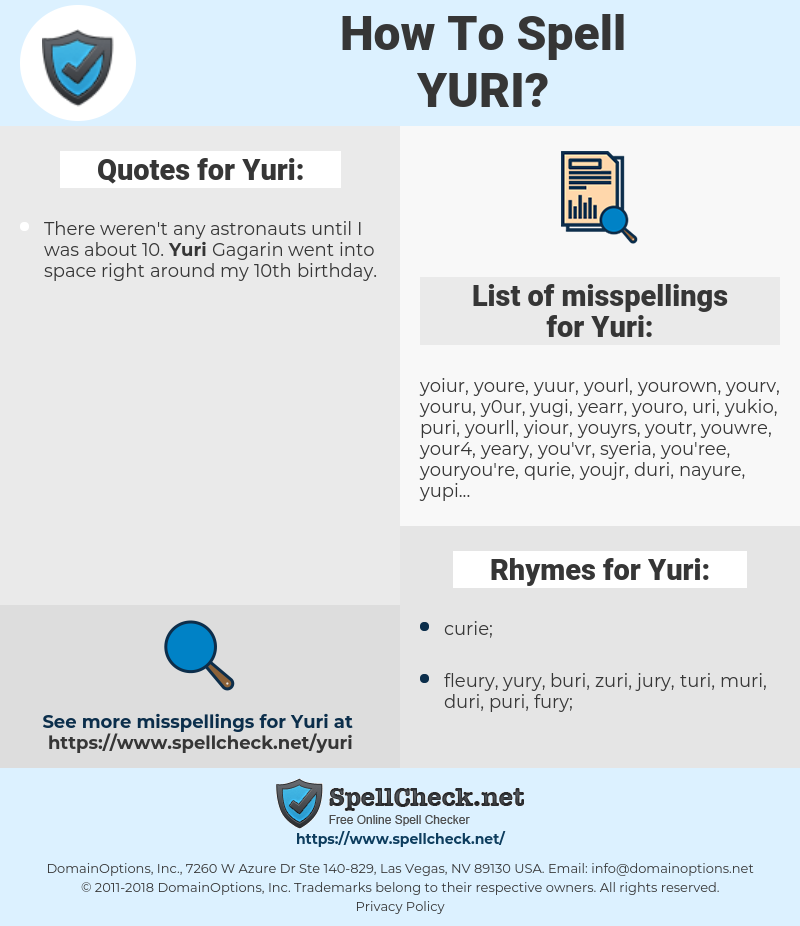