How to Pronounce arrow?

What are the misspellings for arrow?

An arrow is a shafted projectile that is shot with a bow. It is common in history and mythology and is used as a symbol of direction, strength and power. Arrows have been used as a weapon in battles, hunting and sports such as archery. They are made from a variety of materials such as wood, bamboo or metal. The arrowhead is the pointed piece which is made of metal and is designed for piercing or slicing the target. The fletching is the feathers or vanes on the arrow which stabilize the arrow in flight.

Generally an arrow consists of three parts: the head, the shaft and the fletching.

What are similar-sounding words for arrow?

Usage over time for arrow:

This graph shows how "arrow" have occurred between 1800 and 2008 in a corpus of English books.

9 words made out of letters ARROW 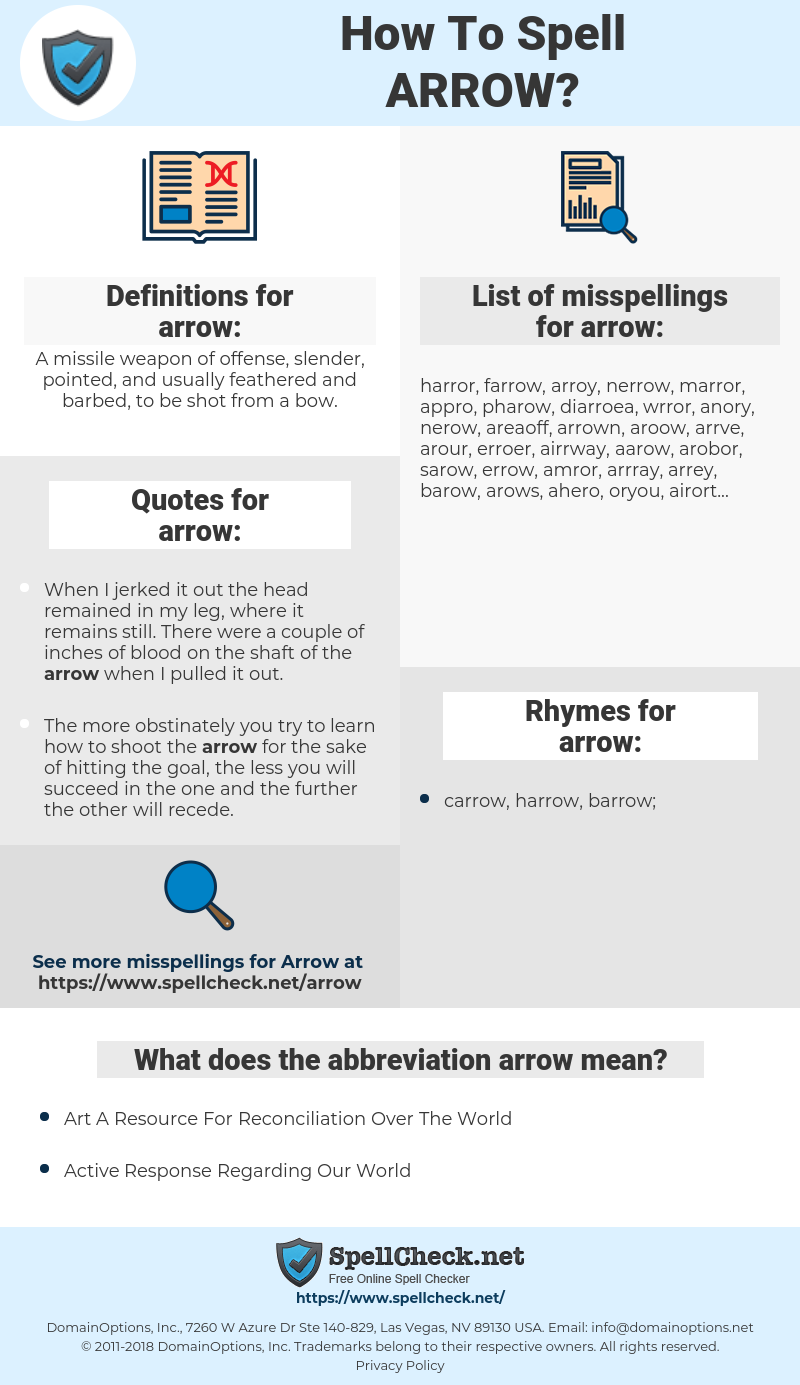