How to Pronounce yore?

What are the misspellings for yore?

Yore is a word which is used to refer to times in the past, usually a long time ago. It is most commonly used to describe a period of time when life was simpler and days were carefree. Yore is often used poetically to evoke a mood or a certain time period. It is also used to describe certain customs and beliefs from the past. Yore is often enjoyed with a sense of nostalgia, as it can recall memories of days gone by that can bring a feeling of comfort to someone. Yore is often associated with fairytales and folklore and can be used as a way to explore the past and its cultural context.

Usage over time for yore:

This graph shows how "yore" have occurred between 1800 and 2008 in a corpus of English books.

13 words made out of letters YORE 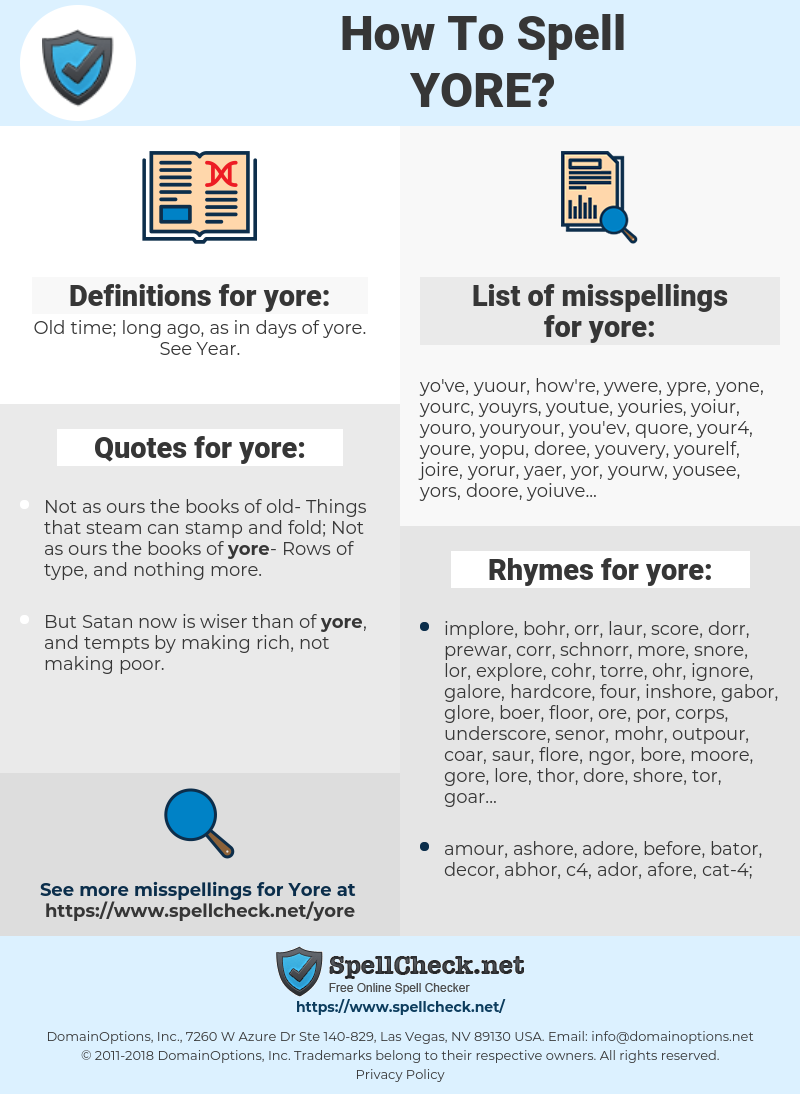